Project TEAL to Host an Education Equity Lobbying Campaign October 18-22 in Support of the Making Education Affordable and Accessible Act of 2021 (S.2620/H.R.4090)

The Student-Led, Non-Partisan Group will Advocate for Equitable Higher Education by Urging Senators Across the U.S. to Support the Act 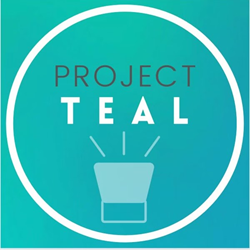 It is my belief that if students are openly encouraged to participate in the political system from a young age, they are not only more likely to continue their political involvement in the future, but also engage in respectful dialogue with the other side of the aisle.

Project TEAL, a student-led, non-partisan organization committed to providing young people with the knowledge and tools to become engaged citizens in the democratic process, will host a national lobbying campaign from October 18-22 to urge all senators to cosponsor, vote for, and vocally advocate for the Making Education Affordable and Accessible Act of 2021 (S.2620/H.R.4090).

The group, which champions civic education and advocacy, has members located in 15 states, and will focus the lobbying efforts on the 30 senators representing these states. The campaign is open to all students and will be scheduled after school to allow for maximum attendance. In preparation, Project TEAL is hosting a training on October 17 at 6:00 pm EST that will give an overview of what lobbying is and why it’s impactful, the three components of lobbying (anecdote, facts, and making the ask), and the bill itself. Students interested in participating can sign-up here.

“I created Project TEAL because of the widespread political apathy I was seeing among my classmates, some of whom wouldn’t even mention politics in the classroom for fear of stirring an argument” said Shreya Joshi, Founder and Executive Director of Project TEAL. “It is my belief that if students are openly encouraged to participate in the political system from a young age, they are not only more likely to continue their political involvement in the future, but also engage in respectful dialogue with the other side of the aisle.”

Project TEAL was founded in 2019 by Naperville teen Joshi, then a rising sophomore at Waubonsie Valley High School. The project started as a local education-focused initiative to create curriculum for civic engagement workshops for elementary and middle school students in her community. Since then, it has expanded nationally and added an advocacy component to organize campaigns and lobby for increased civic education.

Project TEAL aims to teach students:
●    Tolerance. When we foster meaningful and honest conversations, we can dismantle the political polarization that has come to dominate the geopolitical climate today.
●    Engagement. Through partnerships with school districts, local libraries, and community organizations, civic engagement workshops will encourage and engage young students to be active participants in their communities.
●    Action. By advocating for increased civic education at local, state, and federal levels, Project TEAL acts as a catalyst for students to take charge.
●    Learning. As a Gen Z-led organization, we provide young students with the knowledge, connections, and tools to become engaged and forward-thinking citizens.

Since its inception, Project TEAL has grown to include 52 Gen-Z team members across 15 states. There are nine state chapters and 43 curriculum topics for elementary, middle and high schoolers that teach the basics of democracy and more advanced topics like “The Effects of Lobbying in Politics” and “How to Engage in Civil Discourse.” It has an adult advisory board with members from iCivics, Citizen Advocacy Center, and The Female Quotient, and premier partnerships with iCivics, and Great Schools Partnerships, among others. Its curriculum is used by iCivics’s Educator Network, which reaches 400 Educators in nearly 45 states.

To join Project TEAL or to learn more, visit projectteal.org.

About Project TEAL
Project TEAL is a student-led, non-partisan organization dedicated to empowering young people to become actively involved in the political process. Through tolerance, engagement, action and learning, we can all make a difference. For more information, visit projectteal.org.