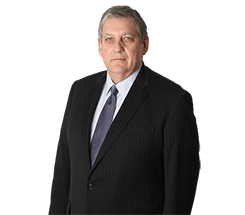 Alan Mansfield, a beloved and highly respected New York litigation attorney who helped shape the New York State Court of Appeals as a 25-year member of the New York State Commission on Judicial Nomination, passed away January 11, 2021. He was a member of the Executive Committee at global law firm Greenberg Traurig, LLP, where he had also served as the co-chair of the firm’s Global Litigation Practice. Mansfield joined the law firm in 1994 as the 11th attorney in its then nascent New York City office, and the Commission two years later.

“Alan was the model of excellence and commitment to clients of the highest level for me and so many others for decades,” said Richard A. Rosenbaum, Greenberg Traurig executive chairman. “Alan loved his years at Greenberg Traurig and we loved him. Anyone who knew Alan, knew that excellent work was his life. We will never forget him, and the Greenberg Traurig family mourns his death along with his natural family.”

Mansfield’s legal practice spanned more than 42 years, joining Greenberg Traurig from Phillips Nizer, LLP, where he was a protégé of the renowned trial lawyer Louis Nizer. He was respected counsel to judges, politicians, and elected officials. His work centered around complex civil litigation, constitutional law, and white-collar criminal litigation matters. He represented clients in diverse industries in litigation matters ranging from product liability and corporate and securities, to defamation and fraud. He helped build Greenberg Traurig’s respected New York Litigation Practice, focusing on products liability as well as first amendment and publishing issues.

“Alan was trusted by everyone, revered by even those who were adversaries, and loved by those of us who have had the privilege to call him friend,” said Edward C. Wallace, co-chair of the firm’s New York City office. “He was an eminent American and a devoted New Yorker. He was a giant in the law and his intellect was matched by his skill at finding counterintuitive but obvious (once he showed the way), perspectives and thus solutions to thorny legal problems.”

Given his success in the courtroom, the impact of his work has been far reaching. Mansfield was lead counsel in the following select cases, among his many on behalf of clients:

In addition to his stellar litigation career, Mansfield was a true leader of the bar and a frequent speaker and author regarding trial practice. At the time of his death, he was a member of the board of directors of the New York International Arbitration Center (since 2014), a member of the National Center for State Courts (Lawyers Committee), the Independent Judicial Screening Panel, the American Bar Association, the New York State Bar Association (Executive Committee of the Commercial and Federal Litigation Section), the Association of the Bar of the City of New York (Product Liability Committee; Criminal Courts Committee; Criminal Advocacy Committee), and the Alternative Dispute Resolution Panel, New York State Supreme Court, Commercial Division.

Mansfield was a life fellow of The American Bar Foundation, a fellow of The New York Bar Foundation, and a mediator in the United States District Court for the Southern District of New York. His philanthropic contributions included serving as a trustee of Lexington School for the Deaf/Center for the Deaf, since 1987; and as a member of the Board of Directors at Mobilization for Justice (formerly MFY Legal Services, Inc.), a provider of free legal assistance to low-income New Yorkers, 1997-2017, serving as a chair from 2006-2008. He was an instructor at Cardozo Law School, 1980-1982.

He is survived by his wife Susan and sons Daniel and Adam. The family will hold a private burial. A memorial service will be planned when conditions permit.

“Too soon to go, may this brave, strong, and exceptional human being, our dear friend and colleague, and to many the lawyer we would ourselves want if we were in trouble and needed wise counsel with the best judgment, rest in peace,” Rosenbaum said.