Prop 56 calls for a $2 tax on tobacco, but Tobaccofree.org says that with most taxes already high in the State, many Californians assume the tobacco tax is also high. At 87 cents, though, it's 37th lowest among the States. 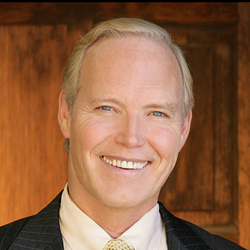 Patrick Reynolds advocates the California ballot measure Prop 56, a $2 tobacco tax hike on the ballot in the 2016 election

“The conservative ideology of don't tax and don't regulate falls short when it comes to tobacco. The 69 cent Federal tax, signed into law by President Obama two weeks after taking office, resulted in an immediate 11% to 13% drop in teen smoking.

Prop 56 is a California ballot measure for a $2 tax hike on tobacco. The problem is, most California voters are unaware the current State tobacco tax is 37th lowest in the nation. California's tobacco tax is 87 cents, while the national average is $2 per pack. “Almost everyone we interviewed thought California's present tobacco tax was high. Our other State taxes are high, so people assume our tobacco tax is as well. In the current multi-million dollar advertising war between the No on 56 campaign, well-funded by Big Tobacco, and Yes on 56, funded by the health community, this important fact has gotten lost. Knowing how low our tobacco tax compares to other States would help voters make a more informed decision about Prop 56," said Patrick Reynolds, Executive Director of the Tobaccofree.org.

“Past bills in the State Legislature to increase the tobacco tax have failed in part because California State law prohibits any tax increase without a 2/3 majority vote, thanks to a previous ballot measure. And ballot measures to increase California's tobacco tax have all been rejected by voters in recent years, in part because of the tens of millions regularly spent by Big Tobacco to defeat them,” said Reynolds.

In June, 2012, Reynolds appeared in a TV spot to educate voters about Prop 29, which would have increased California’s tobacco tax by $1. In the election, the measure failed by only 10,000 votes out of millions cast. The tobacco industry had spent over $40 million to defeat it. Their No on 56 campaign is spending far more this time to defeat Yes on Prop 56.

As Reynolds speaks in the TV spot, a list of State tobacco taxes, all higher than California's, scrolls up behind him. The spot is posted on YouTube in 1080p resolution at http://www.youtube.com/watch?v=LKnXHrtEtjU

“The conservative ideology of don't tax and don't regulate falls short when it comes to tobacco,” said Reynolds. “The 69 cent Federal tax signed into law by President Obama two weeks after taking office resulted in an immediate 11% to 13% drop in teen smoking, according to the Campaign for Tobaccofree Kids. After 11 months, tobacco sales were down 11%. Today there are 3 million fewer US smokers, and an estimated 1.87 million US kids will not become smokers. The nation will save $43.9 billion in long term health care costs, and the Federal tax has brought in hundreds of millions in revenue.

As a private citizen, Reynolds is now raising funds to form a new Super PAC, Congress Majority. The PAC's mission will be to bring about a Democratic majority in both Houses of Congress.

"The PAC I'm starting has an innovative, fresh approach," said Reynolds. "While every other Super PAC supports individual candidates and attacks their opponents in local races, Congress Majority will promote Democrats as a national group. Our ads will attack Republicans for causing gridlock, and for rigidly adhering to an oversimplified ideology. One ad will point out that history’s worst leaders have all come to power selling oversimplified solutions to a frightened public. That's what Republicans like Donald Trump and the Tea Party do best. The ad says we need less ideology from our leaders, and more case-by-case solutions. The spot also notes that complex problems require complex solutions, and that's what Democrats do best. It closes, Vote Democrat!" said Reynolds.

In another spot for the new PAC, the spokesperson says, "If you want another 4 years of gridlock, vote Republican. It's time to throw Republican obstructionists out of office. When you vote, say NO to the Party of No. Tell Republicans, 'You're fired!' Vote Democrat -- and together, we'll get Washington working again."

"The new PAC's TV spots will be run in 2018 in swing States. The fact is, a Democratic majority in both houses of Congress would solve a lot more than just tobacco taxes. It would lead to better government and a stronger economy," Reynolds said. "I'm seeking funding for the PAC now."