More than a third of U.S. private sector employees have no access to an employer-provided retirement plan. The Trump administration has proposed rules intended to improve the situation. 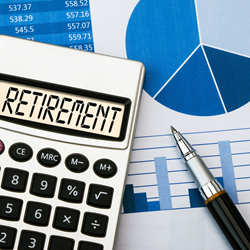 Elliot Dinkin, CEO of Cowden Associates, notes the advantages in the recent changes by the Labor Department to alter multiple-employer retirement plans.

This would enable many small businesses the ability to create retirement plans comparable to those of their larger competitors, without the burden and related costs of compliance and reporting.

The U.S. Department of Labor (DOL) has recently announced a proposed rule allowing small businesses to band together to offer their employees defined contribution retirement plans. These multiple employer plans (MEPs) could be offered by associations of employers in a city, county, state, or multistate metropolitan area, or in a particular industry nationwide.[1] “One of the biggest advantages,” says Cowden Associates President and CEO Elliot Dinkin, a nationally known expert in actuarial, compensation, and employee benefits issues, “is that employers would not be viewed as sponsoring their own retirement plan under the Employee Retirement Insurance Security Act (ERISA), and would not be responsible for complying with its reporting, disclosure, and fiduciary requirements.”

Partly as a result of the obligations and complexity of ERISA compliance, Dinkin notes, fewer than half of U.S. businesses with less than 50 employees offer retirement plans. As 48% of the national workforce is employed by small businesses[2], this amounts to a significant number of Americans without retirement coverage beyond Social Security. According to a 2017 report by the Pew Charitable Trust, in fact, 35% of U.S. private sector employees do not have access to a workplace retirement plan.[3]

While IRS regulations allow such persons to create and contribute to their own individual retirement accounts (IRAs), a recent Investment Company Institute report shows that only 12% of U.S. households eligible to make such contributions actually do so. Underscoring the importance of employer participation, according to a recent study from AARP, employees with access to a payroll deduction plan at work are 15 times more likely to save for retirement than those who do not.[4]

Heretofore, MEPs have been of limited effectiveness in broadening workers’ access to retirement plans. Because they are tax-deferred plans, they fall under the provisions of both the IRS and the DOL, creating significant regulatory challenges. One of these, originating with the IRS, is the so-called “bad apple” rule, under which an MEP can be disqualified if one of its member employers fails to meet IRS requirements. Meanwhile, DOL refuses to treat an MEP as a single plan if there is no geographical or industrial commonality among its member employers.[5]

The new proposals from DOL go some distance toward remedying these problems, but—in the eyes of many observers—not far enough. For example, the DOL proposal would not allow professional employer organizations (PEOs)—firms that provide services such as human resources, financial advice, payroll processing, or health benefits administration—to offer private open MEPs to all their clients. The DOL proposals also retain the “bad apple” rule and fail to clarify the fiduciary responsibilities of the various parties in running the MEP.
What is probably needed, critics agree, is legislation amending both ERISA and the Internal Revenue Code to enable the far more widespread use of MEPs.[6]

“There appears to be broad bipartisan support for this idea,” says Dinkin, “and I’m hopeful we’ll see some forward motion on it in the next session of Congress. From my perspective, this would enable many small businesses the ability to create retirement plans comparable to those of their larger competitors, without the burden and related costs of compliance and reporting.”