Kuehnert to Step into New Role on January 1 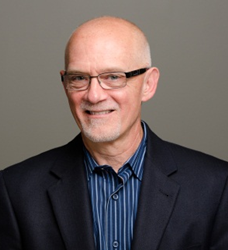 Paul brings a deep personal commitment to public health and a life-long passion for prevention and community well-being. We look forward to working with him and are confident that his leadership, guidance, vision and energy will ensure a seamless transition as we continue our mission.

The Board of Directors of the Public Health Accreditation Board (PHAB) today named Paul Kuehnert, DNP, RN, FAAN, as the organization's new President and CEO. Kuehnert, Associate Vice President for Programs at the Robert Wood Johnson Foundation, succeeds Kaye Bender, PhD, RN, FAAN, who will retire at the end of December after serving as PHAB's President and CEO since 2009. Kuehnert will join PHAB on January 1.

Kuehnert's selection concludes a comprehensive national search for leadership excellence combined with a demonstrated career-long commitment to improving and protecting the health of people and communities.

"On behalf of PHAB's Board of Directors, it gives me great pleasure to welcome Paul as PHAB's new President and CEO, said PHAB Board Chair Joe Finkbonner, Executive Director of the Northwest Portland (Oregon) Area Indian Health Board. "Paul brings a deep personal commitment to public health and a life-long passion for prevention and community well-being. We look forward to working with him and are confident that his leadership, guidance, vision and energy will ensure a seamless transition as we continue our mission to improve the health of communities everywhere."

PHAB is the nonprofit, nongovernmental organization that administers the national public health accreditation program with the goal of improving and protecting the health of the public by advancing and transforming the quality and performance of governmental public health agencies in the U.S. and abroad.

"In addition, I speak for the entire PHAB Board in extending our deep appreciation and thanks to Dr. Kaye Bender for a decade of exemplary service to PHAB as President and CEO," Finkbonner said. "Under her leadership, the benefits of accreditation now reach 81 percent of the U.S. population, and PHAB has expanded into new and exciting areas, including launching the Public Health National Center for Innovations, providing accreditation services to Army Installations of Public Health, adding an accreditation program for Vital Records and Health Statistics Units in state and territorial public health departments, and offering accreditation services to the international public health community."

Kuehnert brings nearly 30 years of executive leadership experience to PHAB. Working at the Robert Wood Johnson Foundation since 2012, he currently oversees the Program Department's work to address the policy and systems changes necessary to improve population health in the United States, including collaborating with executive leadership to develop strategies and cross-cutting initiatives and programs aimed at advancing the Foundation's vision of a Culture of Health. Prior to joining the Foundation, he served as County Health Officer and Executive Director for Health at the Kane County Health Department in Aurora, Illinois, where in 2011 he initiated the department's efforts to achieve national accreditation through PHAB, which it achieved in 2013.

Prior to joining the Kane County Health Department, Kuehnert held numerous leadership roles at the Maine Center for Disease Control and Prevention in Augusta (Maine's state health department), including serving as Deputy Director of the Department. His accomplishments included leading ground-breaking health status and needs assessment activities in partnership with the health directors of the five federally recognized Native American tribes and bands in Maine. He also established the Office of Public Health Emergency Preparedness, formulated related public policy with the governor and legislative leaders, and developed collaborative partnerships with Maine hospitals, emergency medical services, and county emergency management agencies to rapidly implement regional infrastructure to protect Maine from threats to population health.

Earlier in his career, he served as Associate Director of the AIDS Foundation of Chicago, where he developed the first five-year housing plan for people living with AIDS in the nine-county Chicago metropolitan area through an interactive community planning process involving more than I00 service providers and consumers. The plan was incorporated into Chicago's Community Development and Housing Plans, setting policy and funding priorities for federal housing dollars in the city.

Kuehnert holds a Doctor of Nursing Practice from the University of Illinois, Chicago; a Master of Science, with concentrations in Public Health Nursing and Public Health, from the University of Illinois, Chicago; and a Bachelor of Science in Nursing from Webster University in St. Louis, Missouri. He was named a Robert Wood Johnson Foundation Executive Nurse Fellow in 2004, a Fellow of the National Academies of Practice in 2010, and a Fellow of the American Academy of Nursing in 2015. Throughout much of his career he has held numerous concurrent faculty appointments at schools and colleges of nursing in Maine, Illinois and Washington, including teaching clinical pediatrics and serving as a preceptor for community and public health graduate-level students.

For more information, contact PHAB Communications Manager Teddi Nicolaus at (703) 778-4549, ext. 118, or via email at tnicolaus@phaboard.org. Learn more about PHAB and accreditation at http://www.phaboard.org. Subscribe to PHAB's e-newsletter by clicking here.

About the Public Health Accreditation Board
The Public Health Accreditation Board (PHAB) was created to serve as the national public health accrediting body and is jointly funded by the Centers for Disease Control and Prevention and the Robert Wood Johnson Foundation. The development of national public health accreditation has involved, and is supported by, public health leaders and practitioners from the national, state, local, Tribal, and territorial levels. For more information, email tnicolaus@phaboard.org. Learn more about PHAB and accreditation at http://www.phaboard.org, and by signing up for the PHAB e-newsletter.