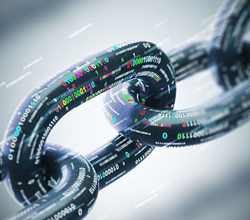 The role of the Business Advisory Board is to provide both broad business guidance and specific in-depth understanding of key technologies and business marketplaces that QMC has identified as aligned with its long-term strategic vision.

The founding members of the Business Advisory Board include:

Additional appointments to the Business Advisory Board are expected to be made in coming months.

QMC recently introduced its Quantum Dot Xtreme (QDXTM) offerings for the display, solar energy and lighting marketplaces and it also announced the acquisition of patent-pending blockchain platform technology, which it will leverage to address exciting soon-to-be-announced new market opportunities.

“I am thrilled to welcome these initial members to our new Business Advisory Board. They each appreciate the business potential of our expanded product portfolio and are eager to assist our executive team in turning our vision into commercial success,” said Stephen B. Squires, President and Chief Executive Officer of Quantum Materials Corp.

David Bray
Dr. David A. Bray has served in a variety of leadership roles in turbulent environments, including bioterrorism preparedness and response from 2000-2005, time on the ground in Afghanistan in 2009, serving as the non-partisan Executive Director for a bipartisan National Commission on R&D, and providing leadership as a non-partisan federal agency Senior Executive. Since 2017, he has served as Executive Director for the People-Centered Internet coalition co-founded by Vint Cerf and focused on providing support and expertise for community-focused projects that measurably improve people’s lives using the Internet. He accepted a role of Co-Chair for 2016-2017 with an IEEE Committee focused on Artificial Intelligence, automated systems, and innovative policies globally and has been serving as a Visiting Executive In-Residence at Harvard University since 2015 and as a Faculty Member giving talks on Impact and Disruption at Singularity University since 2017. He also was named a Senior Fellow with the Institute for Human-Machine Cognition in 2018. He was also named a Young Global Leader by the World Economic Forum for 2016-2021 and a Marshall Memorial Fellow. Business Insider also named him one of the “24 Americans Who Are Changing the World”.

David’s passions include “near impossible missions” involving humans and technology in challenging circumstances. This included rolling-out new technologies that achieved results in 1/2 the time at 1/6 the cost. He was selected to be the recipient of the Armed Forces Communications and Electronic Association’s Outstanding Achievement Award for Civilian Government in 2015. He received the global CIO 100 Award twice, which usually is awarded to private sector Fortune 500 companies, both in 2015 and 2017, for his transformational leadership in change-adverse settings. He received both the Arthur S. Flemming Award and Roger W. Jones Award for Executive Leadership in 2013. In 2012, he became the Executive Director for the bipartisan National Commission for Review of Research and Development Programs of the United States Intelligence Community, later receiving the National Intelligence Exceptional Achievement Medal. He volunteered in 2009 to deploy to Afghanistan to help “think differently” on military and humanitarian issues and in 2010 became a Senior National Intelligence Service Executive advocating for increased information interoperability, cybersecurity, and protection of civil liberties.

Don Kleinschnitz
Don Kleinschnitz is a product development and engineering management specialist who assists companies in the ideation, architecture and development of innovative solutions; enabling new market penetration and growth.

Before becoming an innovation advisor, Don was a 40+ year technology executive leading product development within start-ups to Fortune 100 companies; ultimately responsible for solutions generating hundreds of millions in product revenues.

Don most recently was a Chief Development Officer at Computer Associates and held various GM and VP of Development roles at StorageTek, HP, Symantec and PowerQuest.

After a successful career developing new products and opening new revenue streams for many enterprises, he now shares his passion and knowledge for innovation by advising executives in enterprises and small companies, helping them build innovative products and agile processes.

Roy Truit
Roy Truitt holds a BS in Mechanical Engineering and an MBA from the University of Texas at Austin. Before co-founding HubCiti, Inc. in 2010, he financed, founded and was CEO of Truco Enterprises, the brand licensee of "On the Border" retail snack products found in grocery stores throughout the U.S.

Prior to founding Truco, Roy was an owner of a startup import company with offices in Dallas and Hong Kong operating in 9 countries supplying consumer goods to U.S. mass merchandisers.

In the early 90’s Roy had an exclusive agreement with Sam’s Wholesale Club to market and distributed Sam’s Club/Wal-Mart products in Russia. Working with the Russian government's Atomic Energy Ministry, he established a retail, wholesale and national distribution facility in St. Petersburg, Russia.

Founding ThermaLInk he licensed patented medical technology from the University of Dayton. Founding TruNet, he linked 20+ companies to build and host websites for Sam’s Club Business Members and developed some of the first build-it-yourself website software. He was a founder of Serve West Dallas, an innovative Christian collaborative that became a model studied and published by Baylor University. He is an active member of the McDonald Observatory Board of Visitors.

He founded HubCiti in Dallas, TX. and In 2013 moved its headquarters to Austin, TX. HubCiti was a hyper-local information delivery platform that allowed residents and visitors to find a variety of local information on mobile devices. Partnering with local newspapers for marketing and sales, HubCiti provided a platform for local businesses, television stations, non-profits, artists, musicians, schools and city governments to "get found and tell their story". He currently invests and advises early stage and growth companies.

Nick Vitalari
Dr. Nicholas P. Vitalari is CEO and founder of Elasticity Labs and co-founder of Blitzscaling Enterprises. He has served as a professor and associate dean at the UC Irvine, Paul Merage School of Business and the Donald Bren School of Information and Computer Science, a senior vice president and member of the CSC Corporate Technology Steering Committee at Computer Sciences Corporation, a co-founder and executive vice-president at the Concours Group, and as a consultant for Fortune 500 corporations, major agencies in the Federal Government, and numerous startups.

He is the author of four books and is published widely in peer-reviewed journals and business publications. His 2012 book (with Haydn Shaughnessy), The Elastic Enterprise: The New Manifesto for Business Revolution was one of the first publications to identify the emergence of new scale economics and its role among companies like Amazon, Apple, Google and Netflix. His most recent work, “Blitzscaling and Beyond,” focuses on how corporations, organizations and social enterprises can employ technology and new scaling models to successfully innovate and do good at unprecedented speed.

Jim Young
Jim Young is a graduate of the United States Military Academy at West Point and served as an Armor Officer. He is the Managing Partner of Sabot Development, LTD, an Austin-based real estate property company with a focus on development and construction of mixed-use apartments and hotels. He has participated in the development of over one hundred projects as a Broker, Partner or Principal. These range from net-leased single tenant, retail centers, to Multifamily (apartments). Jim earned the highly regarded Certified Commercial Investment Member (CCIM) Designation and served as the CCIM Chapter President for Central Texas in 2017.

On the development side, Jim’s work has resulted in multiple sites to build 300-400 Unit Mixed-Use Apartment Complexes in downtown Austin and San Marcos, a 66-story downtown Austin hi-rise tower, and a new South Austin Aloft Hotel. He is currently entitling a new construction apartment project in East Austin, a 350-unit, light-rail station apartment complex in North Austin, and a 243- unit apartment complex in Odessa, Texas.

Quantum Materials Corp (QMC) develops and manufactures quantum dots and nanomaterials for use in display, solar energy and lighting applications, as well as for the transformation of numerous business processes, through its proprietary high-volume continuous flow production process.

This press release contains forward-looking statements that involve risks and uncertainties concerning our business, products, and financial results. Actual results may differ materially from the results predicted. More information about potential risk factors that could affect our business, products, and financial results are included in our annual report and in reports subsequently filed by us with the Securities and Exchange Commission ("SEC"). All documents are available through the SEC's Electronic Data Gathering Analysis and Retrieval System (EDGAR) at http://www.sec.gov/ or from our website. We hereby disclaim any obligation to publicly update the information provided above, including forward-looking statements, to reflect subsequent events or circumstances.