TVI Records artists Vadah and Tony Valor join forces in this hot-new hit that'll have you bumpin' and grinding. 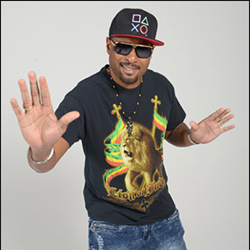 Make me High is a modern-day love song set to a unique beat, featuring the smooth, crooning vocal of TVI recording artist Vadah. Set in a dream sequence, Valor and the TVI Multimedia film crew have put together a video that enhances the true feeling of unity, with great people and fun time.

Vadah was born in a small town on the Caribbean Island of Jamaica. His early childhood was one filled with challenges as he helped his hardworking single mom provide for her family. Unlike his “name sake”, Vadah is a fun loving, dedicated family man with a positive, persevering outlook on life.

Vadah’s interest in music developed early in his teens with a love of writing songs and by the age of 17 he had produced an album for an artist named Roger Moore.

Vadah made his way to America where he settled in N. Miami with his wife and two children. A devoted family man he loves spending time with his children playing Soccer, and watching sports of all kinds. It was in the neighborhood that Vadah met Tony Valor Sr. He describes Tony Sr. as a “special man who was kind and caring and loved my children”.

As fate would have it, Vadah’s friendship with Tony Sr. would lead to a rekindling of Vadah’s love for music and he ended up recording some vocals on a track with Tony Valor Jr. The rest, as they say, is history. Vadah’s undeniable musical talent, with his smooth voice and sense of rhythm inspired by his Jamaican background shined through and led to a recording contract with TVI Records.