This new release is to announce a big win for the Matheson Law Office in a DWI case in the North Carolina state District court. This case is a prime example of why the burden of proof the state must meet by giving proof beyond a reasonable doubt is so vital to our criminal justice system. 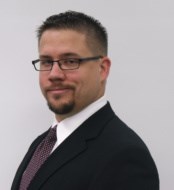 This case was a great example of why the state must meet such a burden of proof beyond a reasonable doubt.

This past week the Matheson Law Office celebrated great success after winning a DWI trial (13CR201071) in the Wake County District Court for one of its clients. Our client originally went to a big name law firm in the area where two separate attorneys informed the defendant the case would be a loss and the defendant should plead guilty. However, Raleigh DWI Attorney Moseley Matheson was successful in not only avoiding the need for a guilty plea, but also getting the DWI charge dismissed in its entirety.

A major reason for the success of this case is due to Attorney Matheson's ability to get the Blood Alcohol Content (BAC), which was far above the legal limit, suppressed from evidence as a result of the court document he filed with the District Attorney's office and the Judge in this case, called a Motion to Suppress. Attorney Matheson was able to achieve this by picking up on key details and errors made throughout the arresting officers testimony, and in doing so discrediting the officer’s evidence against the defendant. For starters, the arresting officer testified at trial that the defendant was taken to the Wake County Police station for processing when, in actuality; the Officer's Arrest Report stated the defendant was processed at the Apex Police Station. Additionally, Attorney Matheson, a Wake County Criminal Attorney, was able to provide a reasonable doubt that the officer did not follow proper procedure when processing the defendant. The defense was able to create reasonable doubt surrounding the officer’s claim of observing the defendant for a full 20 minutes before having the defendant blow into the Intox machine at the station. For those reasons, the Judge granted Attorney Matheson's Motion to Suppress, which had been filed as a court document with the District Attorney's office and the Judge in this case. The arresting officer also left a multitude of details out of his arrest report that forced the court to assume certain facts did not apply to the defendant’s case. These notes were a part of the overall Discovery, which are court records of the details of the arrest, which Attorney Matheson received from the Officer in this case. For instance, the officer never stated the defendant had blood shot eyes or slurred speech, therefore the court cannot assume that those facts apply to the case. The officer also left out information concerning whether or not the defendant had difficulty exiting his vehicle and any type of detail revolving around the errors the defendant made during his field sobriety tests. Thus making any of those statements that could have been used against our client in court a tool for the defense to create further doubt in the accuracy of the of the report. Lastly, the Officer misremembered key details of both the location of the arrest as well as the processing of the Intoxilyzer results which were proven through the submission of pictures Attorney Matheson entered into the Court Record as evidence.

After the trial Raleigh DWI Lawyer Moseley Matheson had this to say, “This case was a great example of why the state must meet such a burden of proof beyond a reasonable doubt. When the state’s witness cannot provide sufficient testimony to meet this burden, the interest of justice requires a ‘not guilty’ verdict. Even though this defendant had a blood alcohol concentration that would warrant a conviction, that does not absolve the state of its duty of meeting its burden of proof. Needless to say our client was ecstatic with the results of the trial and was eager to inform the law firm he sought out originally of just how wrong they were about his case."