“The Bramble Tree” from Christian Faith Publishing author Randy Lee Purdy is an entrancing tale of a man’s life filled with poignant circumstances following his search of a rare bull that birthed his life’s reason. 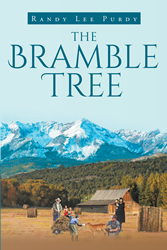 “The Bramble Tree”: a gripping narrative about a young man’s eventful life of finding a Brahma bull that brought forth innumerable moments of family, faith, and resilience as well as the triumph against odds. “The Bramble Tree” is the creation of published author Randy Lee Purdy, a Christian, self-taught writer, family man, and jack-of-all-trades.

Purdy shares, “An inspirational fictional story about a man’s quest to find a Brahma bull sold illegally into the rodeo circuit. A unique pet (Tuff Bramble), he and his father raised it from birth. Jacob’s search rekindles the values and respect he has for his father and grandfather. This two-and-a-half-year modern-day quest leads him into the professional rodeo circuit, culminating in an epic championship win at the nationals in Sedona, Arizona.

“This is a story about a boy who had traveled with his parents, crossing the country in the rodeo circuit. After his parents are killed in a tragic car accident, he is sent to an orphanage until he was of age to go out on his own. In an effort to find new friends, he gets involved in illegal things and finds himself in a man’s prison. Lucky enough to have people who knew his deceased parents, he is nurtured and protected.

“After serving some years, he is released and finds himself wandering on a lonely highway in Eastern Texas. Hungry and thirsty and feeling weak, he stumbles upon a dwindling ranch in need of repairs. With great help from God, the rancher recognizes the young man and takes him in.

“Several years later, he marries the rancher’s daughter and has a son. From birth, he teaches his son all he knows of ranching and animals. He also raised two orphaned girls and treats them as his own.

“Eighteen years later, he has a sudden heart attack and passes away. His son gives up a college career to go in search of the pet Brahma bull his father and he had raised from a sickly calf. This two-year search culminates in a professional rodeo career and an entourage of people who greatly love and respect him in his search. With some turmoil and special people along the way, the young man finds his special pet and is determined to overcome great odds to win him back. With a stunning and violent ending, the young man overcomes the odds and wins with a spectacular ending.”

Published by Christian Faith Publishing, Randy Lee Purdy’s new book is a roller coaster of emotions and thoughts that grant wisdom to readers about the true meaning of life, purpose, and fate.

View the synopsis of “The Bramble Tree” on YouTube.

Consumers can purchase “The Bramble Tree” at traditional brick-and-mortar bookstores or online at Amazon.com, Apple iTunes store, or Barnes and Noble.

For additional information or inquiries about “The Bramble Tree,” contact the Christian Faith Publishing media department at 866-554-0919.