In honor of upcoming Veteran’s Day 2019, Ranger Up, a North Carolina-based apparel company, owned and operated by United States Army Veterans Nick Palmisciano and Tim Kennedy, today released a YouTube short film entitled, “Lead the Way,” which calls for American veterans to step up and take a leadership role in more civilized political discourse. The idea of this campaign is to remind veterans of how different political persuasions don’t need to affect their every day…they all wore the same uniform, did the same jobs, and loved each other unequivocally. 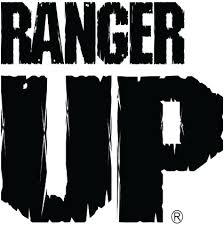 #RangerUp: Military Shirts Made by Veterans and Baptized with the Tears of Bald Eagles.

"The idea of this campaign is to remind veterans of different political persuasions that we all wore the same uniform, did the same jobs, and loved each other unequivocally. Tim and I feel if anyone has to be bigger than the emotions of today's political climate, it has to be the veteran community."

Ranger Up, a North Carolina-based apparel company that is owned and operated by United States Army Veterans Nick Palmisciano and Tim Kennedy, today released a video titled "Lead the Way" calling for American Veterans to take a leadership role in more civilized political discourse over the upcoming Veterans Day weekend.

"This is the most contentious political climate of my lifetime," said Nick Palmisciano, CEO, and Founder, Ranger Up. "And while there is nothing wrong with passionate differences in desired policy, we've got powerful people calling on social media and traditional media for Civil War, the dissolution of many constitutional rights, and generally villainizing people who share differing opinions. I don't think that's who we are as Americans, and I don't think that's really who we want to be either. The idea of this campaign is to remind veterans of different political persuasions that we all wore the same uniform, did the same jobs, and loved each other unequivocally. Tim and I feel if anyone has to be bigger than the emotions of today's political climate, it has to be the veteran community."

"Lead the Way" follows two men throughout their day. One seems to be the conservative stereotype who likes guns, dogs, lifting heavy, big trucks, and is a President Trump supporter. The other is quite the opposite obvious who likes yoga, cats, fuel-efficient cars, and attends gun protests. He's a Democrat through and blue. They both walk into a diner as individuals, and their preferred party is evident by the red or blue hat. Then they see each other and sit down together at the same table. You see served in the same unit by the ink on their tattoos. They are two friends who passionately believe different things about politics and are sitting down for a meal while appreciating the other.

The video is far different from the fare that typically has come from veteran-owned companies, which usually take a hard-right stance. But Kennedy, a former UFC fighter and Green Beret, isn't balking at the statement his company is making. "This is what Ranger Up has been doing for 13 years. We were the first military apparel company, and we've succeeded by never doing the easy thing, but by doing what was right. We're supposed to be tough men and women who have gone through a lot of things. We were taught to control emotion and use training and logic to solve problems in the worst situations. There is nothing scary about being a decent human being and having a conversation, so why do we allow ourselves to degrade others. I'm personally a passionate supporter of the 2nd Amendment, and yet I've sat down with people who don't understand or appreciate gun rights and had genuinely pleasant conversations. I've taken the flak for it, but it was the right thing to do. I look forward to taking the flak for this as well."

The video is available on the Ranger Up YouTube channel at https://www.youtube.com/watch?v=o8khLEHTTY4.

"Lead the Way" was written by Nick Palmisciano, directed by Tim O'Donnell and Jon Mercer, and produced by Palmisciano and Kennedy. This isn't the first time this group has worked together. Most recently, they produced the award-winning documentary, "Not a War Story," about the challenges of making the film "Range 15" as rookie producers and actors. That film achieved the top ranking on iTunes and Amazon for all documentaries.

About Ranger Up: Ranger Up is the original military and patriotic apparel brand founded in 2006 by Nick Palmisciano, an Army Infantry Officer, and Tim Kennedy, an active member of the elite Army Special Forces. Its mission is to educate, entertain, and inform the greater military and patriotic community always to give back more than they take from their community. For information, visit http://www.rangerup.com.

About Pixela Pictura: Pixela Pictura is an Emmy-nominated boutique production company. Their work has been featured on ESPN and ABC and has screened at film festivals such as Sundance and DOC NYC.