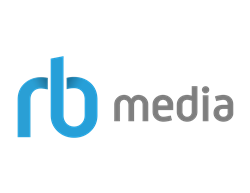 The demand for spoken audio is growing rapidly, fueled by innovation in areas such as audio originals, podcasts and dramatizations. According to the Audio Publishers Association, U.S. audiobook sales increased 24.5% in 2018 and have grown by double digits annually for the last seven years. Dramatizations provide an immersive experience which appeals to all ages—especially the younger demographic.

GraphicAudio is home to the largest catalog of full cast dramatizations in the industry, with over 1,300 titles across 150 series focused chiefly on action/adventure, comics, science fiction/fantasy, and westerns. The company has produced titles in partnership with brands such as Marvel, DC Comics, Dynamite, Vault Comics and authors such as Brandon Sanderson, Peter V. Brett, Michael J. Sullivan, R. A. Salvatore, William W. Johnstone, and Brent Weeks.

“GraphicAudio’s unique ability to deliver high-quality, fully immersive audio experiences and original scripted works is unparalleled,” said Tom MacIsaac, Chief Executive Officer for RBmedia. “Since RBmedia is the largest producer of audiobooks in the world, the combination of the two organizations will enable us to expand the application of this innovative audio storytelling approach and bring it to many partners and consumers globally.”

GraphicAudio® is a leader in immersive dramatized audio and the developer of the “A Movie in Your Mind®” audiobook entertainment format. The company has produced titles with comic brands such as Marvel, DC Comics, Dynamite and Vault Comics and award-winning authors such as Brandon Sanderson, Peter V. Brett, William W. Johnstone, Charlaine Harris and Brent Weeks. For more information visit http://www.graphicaudio.net.

RBmedia is a global leader in spoken audio content and digital media distribution technology that reaches millions of consumers—at home, in the car, and wherever they take their mobile devices. RBmedia produces exclusive titles and delivers the finest digital content through its platforms—including audiobooks, streaming video, educational courses, entertainment titles, and much more. Headquartered in Landover, Maryland, the company is the largest producer of audiobooks in the world with a catalog of more than 45,000 exclusive titles through its content brands: Recorded Books, Tantor Media, HighBridge, Kalorama Audio, ChristianAudio, Gildan Media, GraphicAudio, W. F. Howes in the United Kingdom, and Wavesound in Australia. RBmedia is owned by KKR, a leading global investment firm. Find out more at http://www.rbmediaglobal.com.