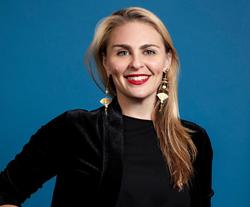 With our recent Booka acquisition, our expertise in audiobook publishing, the quality of Spanish-language titles yet to be made available on audio, and our worldwide market coverage, BookaVivo is positioned to rapidly become a leading Spanish-language audio brand.

The opportunity for audiobooks in the Spanish-language market is expanding at a record pace. According to a recent study by Dosdoce, between 2017 and 2019, sales growth in the global Spanish-language audiobook market more than doubled.

RBmedia also announced its new Spanish Content Publisher, Roseann Lake, who leads BookaVivo with more than a decade of experience as a journalist, first as a reporter in Beijing and then as Cuba correspondent for The Economist. She speaks five languages, including Spanish and Mandarin, and is the author of Leftover in China: The Women Shaping the World’s Next Superpower (Norton, 2018).

RBmedia’s global digital distribution network means that BookaVivo titles will be readily available to Spanish-speaking consumers around the world. The company’s channels span dozens of direct-to-consumer global distribution partners, including Audible, Google Play, Apple iTunes, Audiobooks.com, and many more. In the near future the company will expand its Spanish-language distribution network by adding more local and regional digital resellers.

In the coming months, notable BookaVivo releases will include:

With BookaVivo, RBmedia is positioned to aggressively pursue and acquire the rights to additional high-profile titles and authors that are popular with Spanish-speaking audiences. RBmedia is deepening its work with key Spanish and Latin American literary agencies and publishers and will announce major new content acquisitions as they are finalized. Interested publishers and agents representing authors in this sector can visit bookavivo.com for more information.

About RBmedia
RBmedia is the largest audiobook producer in the world. With more than 50,000 exclusive titles, our audiobooks continually dominate key literary awards and bestseller lists. The company’s powerful digital retail and library distribution network reaches millions of listeners around the globe—at home, in the car, and everywhere their mobile devices go. Our titles are available on leading audio platforms, including Audible, iTunes, Google Play, Audiobooks.com, OverDrive, Hoopla, and many more. RBmedia is owned by KKR, a leading global investment firm. Find out more at rbmediaglobal.com.