Better Homes and Gardens Mason-McDuffie Real Estate reports on the first quarter of 2014. 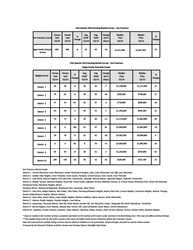 A slight increase in the inventory of homes on the market failed to put the brakes on fast-rising home prices in the City of San Francisco during the first quarter of 2014, according to an analysis of MLS data by the research division of Better Homes and Gardens Mason-McDuffie Real Estate.

As of March 31, the final day of the first quarter, 237 existing, single-family detached homes were listed for sale in San Francisco, up 20 percent from 197 homes available for sale on Dec. 31, 2013, the final day of the fourth quarter. Even with 40 additional homes on the market, the number of homes sold fell 34 percent from 696 in the fourth quarter of 2013 to only 458 in this year’s first quarter. A year ago, when 316 homes were listed for sale, 499 homes changed hands, up 8 percent from the most recent quarter.

Median home prices rose on a quarterly basis in eight of the city’s 10 districts and were up in nine on an annualized basis. District 9 (Inner Mission/Potrero Hill/South of Market), which broke the $1 million barrier in the fourth quarter, reached a new high of $1.235 million with a 7 percent quarterly and 42 percent annualized increase. District 5 (Glen Park/Haight Ashbury/Noe Valley) reported a 36 percent year-over-year increase as its median sales price rose from $1.6 million to $2.175 million in this year’s first quarter. District 8 (Nob Hill/Russian Hill/Telegraph Hill) reported a quarterly median sales price of $3.6 million, up 24 percent from $2.9 million a year ago.

Sales of existing detached homes, meanwhile, were down on a quarterly basis in all 10 San Francisco districts and in all but three on an annualized basis. Only District 6 (HayesValley/Alamo Square/Western Addition), where home sales rose 100 percent from six a year ago to 12 in the most recent quarter, District 3 (Stonestown/Ingleside/Oceanview), where home sales were up 61 percent annually from 23 a year ago to 37 in this year’s first quarter, and District 8, up 50 percent from four homes sold a year ago to six homes in the most recent quarter, reported annualized increases. Home sales, meanwhile, were down 27 percent on an annualized basis in District 9 and 26 percent in District 10 (Bayview/Excelsior/Visitacion Valley) – the city’s most affordably priced neighborhood.

Homes continued to move quickly. Citywide, the average detached home was on the market only 33 days before it attracted a final offer to purchase, down from 38 days in the fourth quarter of 2013 and 43 days in the first quarter of last year.

According to Jim Caldwell, manager of the San Francisco office on Union Street, “Looking ahead, observers anticipate that inventory will increase as more homeowners seek to sell before the inevitable cool-down in prices that accompanies a sharp run-up.”

More moderate increases of 5-6 percent in the city’s median home price would be welcome news to homebuyers. With the traditional peak home buying and selling season ahead, both buyers and sellers will benefit from selecting a REALTOR® with local market experience and an understanding of the city’s micro-markets, as well as skills in navigating the complexities of a sale or purchase in a highly competitive market.