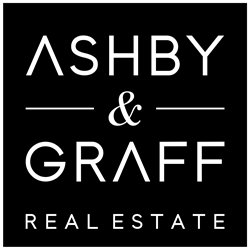 Ashby & Graff recently made national headlines for pulling the plug on their Facebook presence after months of missteps in Facebook’s handling of bigotry, anti-semitism, lack of privacy protections, and other matters.

Ashby & Graff’s CEO, John Graff, who is openly gay, says his own personal experiences with discrimination and feeling unrepresented motivated his decree’ for diverse and inclusive representation in marketing materials.

In an ideal world, reports on diversity and inclusion wouldn’t be necessary. We created this report because we don’t live in an ideal world, and we want to share our successes and failures, as well as our concrete plans and hopes for the future.

“The stain of segregation and racism in housing casts a dark shadow that continues to subject people of color—Black Americans in particular—to starkly different life experiences than white Americans,” says John Graff.

He continues: “That’s why we’re committed to using our platform to shed more light on the unjust machinations of systems of racism. This means making the case for legislative and regulatory fixes that could create positive change.”

Ensuring a diverse and inclusive work environment and advocating for greater equity and justice both within the real estate industry and the larger community, has been central to the success of Ashby & Graff. This demonstrated commitment led to John Graff being named as one of fifteen advocates on the INvolve and Yahoo Finance 2019 EMpower Advocates List. INvolve describes selected advocates as “senior leaders who are not people of color but dedicated to creating a more diverse and inclusive business environment for ethnic minority employees”.

Ashby & Graff recently pledged to make more strategic investments in Black-owned businesses. As a result of that decision, their investments now include business with founders that are 52% people of color; 39% Black; 23% women; and 8% LGBTQIA.

John Graff is available for email, phone and video interviews.