Illinois Realtor Margie Smigel examines why moving Lollapalooza out of Chicago’s downtown waterfront is a win-win for everyone. 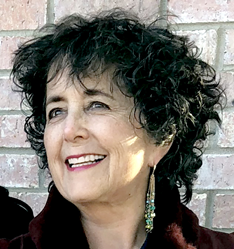 However, some of them raise havoc in the neighborhoods and on the streets with trafficand noise. We love the excitement and glory of these events, but the one event that should be moved out of our downtown lakefront neighborhood is Lollapalooza.

In the summer, Chicago is inundated with fabulous music events that pop up all over the city. Concerts of all sorts take place in Millennium Park, stadiums, tents, at the beaches and in parks all over the city.

“However, some of them raise havoc in the neighborhoods and on the streets with traffic and noise. We love the excitement and glory of these events, but the one event that should be moved out of our downtown lakefront neighborhood is Lollapalooza,” said Smigel. “The essential streets that connect Lake Shore Drive to the Loop start to be shut down 10 days before it even begins and stay closed for another week after it ends.”

Furthermore, the organizers of Lollapalooza, an annual four-day music festival based in Chicago at Grant Park, aka “Chicago’s Front Yard,” build a city of sound stages, food halls and bathrooms on top of the park. “They sink deep anchors into the ground, disturbing the walkways and the landscaping,” added Smigel. “Hundreds of thousands of concertgoers then trample the grounds, pee into rose bushes and cast garbage into fountains.”

There has been a lot of talk of what to do with the land that has been recovered on the lakefront where the steel mills use to be. Smigel suggests relocating the festival there, as there would still be the beautiful vista of the lake in the background.

“The city of soundstages could be expanded throughout the currently underutilized grounds,” noted Smigel. “Parking would be ample, and the organizers could run water ferries back and forth from a dock downtown in a 15-minute schedule so concertgoers could still access hotels and restaurants and the extensive public transportation from the Loop. It would also be a wonderful sight, gliding up the South Shore into the city on a ferry.”

Smigel believes the center of the city should not be forced to shut down to accommodate Lollapalooza, and stresses that its organizers do not leave the park in better shape than they found it, no matter what they claim.

“The sidewalks and paths are left cracked. The grass may be reseeded, but it was fine before it was trampled on for four days. The heart of the city’s lakefront is closed off during the height of the summer season from its citizens and tourists who have no interest in Lollapalooza,” concluded Smigel. “It’s time to relocate this folly and create something wonderful on the South Side lakefront that the city claims to want to develop, but continues to ignore.”

About The Margie Smigel Group, LLC
Margie Smigel works with both buyers and sellers. She has over 30 years of experience listing and selling real estate in Chicago. For more information please call 312-953-1466, email margiereal@gmail.com or visit http://www.homesinchicagosouthloop.com/. The office is located at 720 S Dearborn PH 4, Chicago, IL 60605.