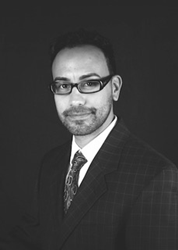 I am honored to do my part for Toys for Tots. We want to show children in need they are not forgotten at Christmas, or at any time.

Hernandez is hosting a holiday toy donation drive for Toys for Tots as part of THE NALA’s collective cause marketing program, which encourages businesses across the country to collect during this time of year. New, unwrapped toys can be dropped off at Greater Chicago Real Estate, 3717 W Armitage in Chicago from November 6 to December 6.

“I am honored to do my part for Toys for Tots. We want to show children in need they are not forgotten at Christmas, or at any time,” said Hernandez.

Toys for Tots, whose mission is to collect new, unwrapped toys each holiday season and distribute them as Christmas gifts to children in need, is a program run by the United States Marine Corps Reserve, which distributes toys to children who may not otherwise receive a gift for Christmas.

Toys for Tots plays an active role in developing one of our nation’s most valuable resources, its children. It also unites members of local communities in a common cause each year during its annual toy collection and distribution campaign. Toys for Tots was founded in 1947, and since its inception the Marines have distributed over 530,000,000 toys to more than 244,000,000 children across the United States.

Sebastian J. Hernandez was recently named one of the 10 Best Real Estate Agents in Illinois for Client Satisfaction. During the course of his distinguished career, Hernandez has won numerous awards. These include the Chicago Association of Realtors Top Neighborhood Producer of 2017 and Top Producer from 2014-2018 and NAHREP Top 250 Latino Agents in 2014, 2015, 2016, and 2018.