“Dream Assassin” from Christian Faith Publishing author Rebecca Lewis is a riveting novel that follows an operation to take down and catch the criminals of a sex trafficking ring where, unfortunately, things go haywire as the FBI’s plans fail to pull through the way they expected. 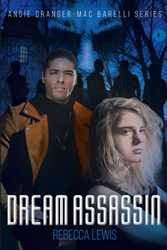 “Dream Assassin”: a gripping tale about an illegal operation, injustice, criminals, and a pursuit for freedom. “Dream Assassin” is the creation of published author Rebecca Lewis, a county jail and federal prison chaplain for over thirty years. She is an adept trainer for law enforcement, corrections, and religious volunteer groups on related issues. She’s a native Texan but resides in Arkansas.

Lewis shares, “There’s a sex trafficking ring targeting young teens operating out of the metro area, and its tentacles are nationwide. Gabriel Brown, a.k.a. Angel Man, runs the ring like a businessman using the no mercy tactics of a terrorist. Though the cartel has muscled its way into his operation, he’s sure he can sidestep the wrath of the cartel’s hitman and secretly start his own lucrative side business using select high-end girls, including his long-time captive, Haley, as a lure. But sixteen-year-old Haley is looking for an out, one that doesn’t leave her dead.

“Police Sergeant Angie Granger is assigned to help FBI Special Agent John Gallagher take down the ring by going undercover into the dark world of sex trafficking. Angie’s new romantic interest, former Army Ranger turned bounty hunter, Mac Barelli, is not too happy about that. Further complicating the matter, Mac is pulled into the operation when his dead military buddy’s daughter is taken by the ring, and her mother uses her own attraction for Mac and his PTSD guilt over the loss of his friend to influence him into helping her look for her daughter.

“Events spiral out of control when the time frame for the FBI’s raid is leaked, and Mac and the found girls are trapped inside the tunnels of an old monastery where the ring has its operation. But the cartel’s hitman is onto them and has murder on his mind.”

Published by Christian Faith Publishing, Rebecca Lewis’s new book will take the readers into a nerve-wracking quest to free the captives of a sex trafficking ring and catch the people behind it. It’s not easy, especially when things seemingly wind up into a downward spiral.

For additional information or inquiries about “Dream Assassin,” contact the Christian Faith Publishing media department at 866-554-0919.