Rebecca Lewis’s Newly Released “Jailbird” Is a Gripping Novel About One Woman’s Struggle with Grief, Love, Faith, and Morality

“Jailbird” from Christian Faith Publishing author Rebecca Lewis is a hard-hitting novel about a grief-stricken widow who is tossed down a road of drugs and criminality before her time in jail forces her to face what she is running from. 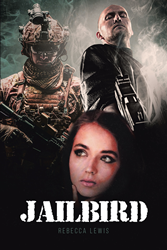 “Jailbird”: a powerful novel of a woman’s redemption, is the creation of published author Rebecca Lewis, a retired county jail and federal prison chaplain from Dallas, Texas. She has been former president of the American Protestant Correctional Chaplains Association and holds degrees in criminology and religious education.

Lewis writes, “Marla Evans is spiraling over the death of her Army Ranger husband in Afghanistan. Running from her grief, she begins to go afoul of the law, her kids, and a vengeful drug lord’s enforcer. She wants no help from Army Ranger Mac Barelli, her husband’s friend and her new potential love interest, or from no-nonsense Police Sergeant Angie Granger. Now jailhouse religion makes her believe she can bargain with God and keep the items she’s stolen from Devon Lawson, a drug lord and her ex-lover. Her children are in danger. Will Marla’s haphazard faith get everyone around her killed? Jailbird is a realistic ride into the dark side of a woman’s struggle with her grief that drags her and those around her into places they don’t want to go.”

Published by Christian Faith Publishing, Rebecca Lewis’s new book is an absorbing, roller-coaster ride of a tale that beautifully and painfully captures a woman’s wild forays into the dark side of life until her self-destructive decisions bring her face to face not just with her just reward—but also an unexpected second chance at life and love.

Consumers can purchase “Jailbird” at traditional brick & mortar bookstores, or online at Amazon.com, Apple iTunes store, or Barnes and Noble.

For additional information or inquiries about “Jailbird”, contact the Christian Faith Publishing media department at 866-554-0919.