A new study by Spectrum Location Solutions reveals that more than 13,000 companies have left California for friendlier locations and that nearly $77 billion in capital has been diverted to other states and nations. New laws are tougher on businesses than in any other state. 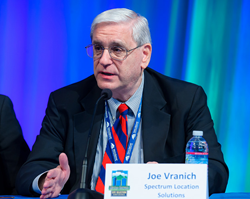 The report addresses the state's 40 years of hostility toward businesses, high utility and labor costs, punitive regulations and signs that workers plan to depart California.

California’s business climate has deteriorated to the point that a consultant who specializes in helping companies find new locations is now – for the first time in his career – openly urging businesses to relocate out of state.

The recommendation comes in an update to studies about companies departing California for business-friendly states. It found that 1,800 relocation or “disinvestment events” occurred in 2016 (the most recent year available), setting a record yearly high going back to 2008 – and that about 13,000 companies left the state during that nine-year period.

“Departures are understandable when year after year CEOs nationwide surveyed by Chief Executive Magazine have declared California the worst state in which to do business,” said Joseph Vranich, President of Spectrum Location Solutions LLC and study author.

“The top reason to leave the state no longer is high taxes,” he said. “The legal climate has become so difficult that companies should consider locating in jurisdictions where they will be treated fairly.

In California, a “tipping point” has been reached with a new statute that puts businesses in a “lose-lose” situation no matter how hard a company tries to operate in a legal manner.

“Think about it. California may penalize someone in business who is a legal citizen operating a legal business that is in compliance with every Federal, state and local law, who pays state and local taxes, and who creates employment – and all that can count for nothing in the state’s eyes,” said Vranich.

“For years the American Tort Reform Foundation said California is among the nation’s worst ‘Judicial Hellholes’ for businesses, a label I’m confident will persevere considering the nature of this new law alone,” Vranich said.

“The fact that the law deals with immigration is irrelevant because it makes us wonder what comes next. Why impose insufferable legal penalties only for immigration? Elected officials are capable of enacting more laws that only they could imagine – such as arresting a factory manager for cooperating with a Federal OSHA inspector or fining a movie producer who spoke with Federal EEOC officials,” Vranich said. “Where does this stop?”

The study is brimming with information including naming the companies that departed, describing the locations they left and places they went to, and relaying what CEOs have said about their decisions.

The study found that the ten states benefitting most from California’s losses are Texas – it has held the first-place distinction for at least a decade – followed by Nevada, Arizona, Colorado, and Oregon and Washington tied for fifth place, then North Carolina, Florida, Georgia and Virginia.

The top ten municipalities gaining migration from California are Austin at No. 1, followed by Reno, Las Vegas, Phoenix, Seattle, Dallas, Portland (Oregon), Denver, San Antonio and Scottsdale. Even cities unfairly disparaged for being in “flyover” country are successful in attracting California companies, with Pittsburgh, Atlanta, Fort Worth, Houston, Indianapolis and Nashville among the top twenty.

During the study period, $76.7 billion in capital funds were diverted out of California along with 275,000 jobs – and companies acquired at least 133 million sq. ft. elsewhere – all of which are greatly understated because such information often went unreported.

The report addresses the state's 40 years of hostility toward businesses, high utility and labor costs, punitive regulations, worrisome housing affordability for employees, signs that workers plan to depart California, and how the state lags behind other states in acquiring facilities that are being reshored from overseas.

PURCHASE INFORMATION: The report, entitled, "It’s Time for Companies to Leave California’s Toxic Business Climate,” may be purchased at https://spectrumlocationsolutions.com/california/