RED Chocolate: The Chocolate with 50% Fewer Calories and 30-40% Less Fat

This revolutionary chocolate is now available in the USA! 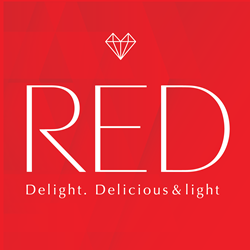 “RED Chocolate had a dream to revolutionize the chocolate industry by mastering a recipe that delivered the sweetness that chocolate-lovers crave without adding refined sugars,” says Glenn Gardone, President and CEO.

What seems too good to be true has become real – chocolate lovers can now have their chocolate, and not worry about the guilt.

RED Chocolate, the European sensation that has all the guiltless indulgence of regular chocolate, but with up to 50% fewer calories and 30-40% less fat is now available in the United States. Formulated by European Master Chocolatiers, RED offers three types of chocolate products to satisfy American’s cravings—full bars, grab-n-go, and pralines.

“RED Chocolate was developed in Europe in the early 2000s by Swiss-owned Chocolette Confectionary. They had a dream to revolutionize the chocolate industry by mastering a recipe that delivered the sweetness that chocolate-lovers crave without adding refined sugars. Many years later, we’re proud to have brought this revolutionary chocolate to the US,” says Glenn Gardone, President and CEO.

RED is different from American chocolate brands because it’s:

RED Chocolate has come over from Europe and is taking the US by storm. The chocolate brand was one of the highest performing products on their debut showing on the Home Shopping Network channel, nearly selling out of stock in a short ten minutes. RED Chocolate has also been featured on major outlets such as: Life & Style, Spoon University, BuzzFeed and many more. RED Chocolate is available in most major grocery chains, Amazon, and their own site, https://red-chocolate.com/.