New red clay tennis court surface: Now offered by RedClay USA and its network of America's biggest court builders. Clay court innovation for tropical to desert climates, and everything in between. 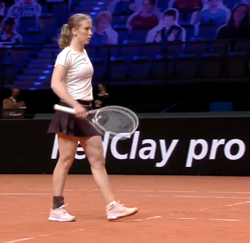 Nationally known Florida-based Fast-Dry Courts, offers the RedClay Pro courts as the best new courts to be offered in many generations. New clubs and facilities are signing up to add RedClay in 2021; for example: River Crest Country Club in Fort Worth, Texas and private residence courts from Nevada to Florida.

Palmetto Tennis Center of Sumter, SC is slated as the epicenter for the new RedClay court technology in America, with construction scheduled for August. PTC is preparing to host all types of junior, adult and pro tournaments on their eight new oversized RedClay courts, according to Tennis Director, Sam Kiser.

"Our RedClay Pro courts can be seen this week, and every April on the Tennis Channel, being played on at the Porsche Tennis Grand Prix, the WTA indoor tournament in Germany," says RCUSA CEO Brian Osterberg, "No more just talking about getting all of America on clay - we're doing it."