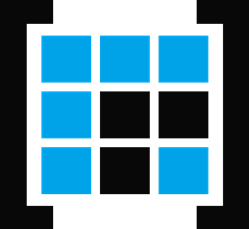 "With Refactr, we now simply trigger workflows as part of our CI/CD process. What used to take our team several days to complete now happens with the click of a button."

Refactr’s community edition allows two users to take advantage of one runner and three projects at no cost. Community edition users are additionally entitled to two-week run retention of data, limited SLA and email support. Users eager for broader team collaboration and increased runners, run minutes, projects, and dedicated engineering hours can easily upgrade to the bundle appropriate to the size of their enterprise. Community edition users have near full access to the Refactr Platform capabilities. New features introduced in tandem with the community edition launch include:

Command Line Interface: The DevOps-friendly CLI running alongside the graphical pipeline builder allows DevOps and cybersecurity teams to collaborate on the same platform together, all the while using tools they are already familiar with.

“Using Refactr, we’ve completely automated the way we test our STIG and CIS Ansible content,” said Justin Nemmers, Director of Commercial Business at MindPoint Group. “Previously, we had to spend time creating new test harnesses for each new baseline we added to our Lockdown Enterprise offering. With Refactr, we now simply trigger workflows as part of our CI/CD process. What used to take our team several days to complete now happens with the click of a button.”

Refactr is making CI/CD accessible to everyone, including cybersecurity. Its new brand identity and messaging, reflected in its new content and website, elucidates the startup’s mission to bridge the gap between DevOps and cybersecurity using automation.

“When we first launched Refactr in 2017, our goal was to be the easiest, most collaborative and safest DevSecOps automation platform. However, we have always had ambitions beyond the DevOps community; we know the real problem resides in the inability of security to become agile in collaboration with DevOps,” said Mike Frasier, co-founder and CEO of Refactr. “In the last year, we have zeroed in on this problem area. We hope the community edition gives teams who are reticent about CI/CD the chance to learn about its advantages using their own teams, tools and environments.”

Refactr's current vendors include Fortinet, Checkpoint, Checkmarx, Center for Internet Security. Customers on Refactr include Tenable, Netskope, Skout Cybersecurity, MindPoint Group, Richard Fleissman and Associates. Refactr is the recipient of a United States Air Force AFWERX Small Business Innovation Research (SBIR) 20.1 Phase 1 contract. It was recently recognized as one of CRN’s emerging vendors in 2020. The DevSecOps startup is currently raising its seed round.

Get to know the new Refactr at https://refactr.it and watch its latest product video: https://youtu.be/l8Ct663xv6A

About Refactr
Refactr is a Seattle-based DevSecOps startup founded in 2017 by military veterans and industry experts in cloud and cybersecurity. Our mission is to accelerate adoption of DevSecOps by empowering cybersecurity to collaboratively operate at the speed of DevOps. We provide an easy-to-use DevSecOps automation platform made especially for cybersecurity while also supporting features that are DevOps friendly. Plug into existing DevOps workflows, connect with security tools, and ensure your organization continuously automates in a safe and seamless manner, all without needing to upskill. At Refactr, we innovate to make the world more secure and agile through the next shift of digital transformation into IT-as-Code. Request a demo at refactr.it.