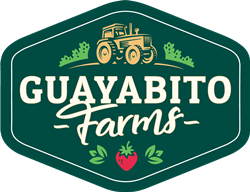 The family chose “Guayabito” as the company name in honor of their late father, Humberto Candelario, as this was the name of his beloved ranch in Mexico. Evelin Candelario and Anthony Bibian will be running the operations of the company. Cindy Candelario will be involved as well, while continuing with her current role as Food Safety Manager, Southern District at RAC.

As a family-owned farming company, RAC is dedicated to providing strong resources and support for the success of each of their valued partners. Through this new partnership, RAC looks forward to continue fostering their long-standing relationship with the Candelario family.

The Reiter family began farming in the San Francisco Bay Peninsula and by the turn of the century had migrated south into Watsonville and the Santa Clara Valley. By the late 1970’s, operations expanded into Southern California where the headquarters is today. The company values of Honesty, Fairness and Respect line the corridors of every office, guiding and leading business principles and decisions. Those decisions have resulted in the organization’s position as an industry leader, adopting health and wellbeing programs, opening primary health clinics and partnering with local organizations to improve the quality of life for the farmworker community.