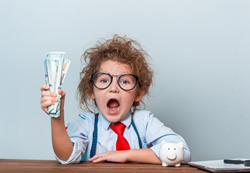 A recent report from the Manhattan Institute promotes Education Savings Accounts (ESAs) by presenting a scenario whereby taxpayer expense would fall if the program motivated families to move children from public schools funded by the state to private schools funded primarily by families.

Bruce Baker of Rutgers University reviewed Education Savings Accounts: How ESAs Can Promote Educational Freedom for New York Families, and found it to provide little useful guidance on the broader question of whether an ESA policy is warranted or would be good policy for New York State’s children or taxpayers.

ESAs are a form of vouchers, and the report is based on a set of assumptions concerning an ESA policy whereby the voucher would have a face value that is considerably less than the amount of taxpayer spending for a public school student. The report assumes that, even with this lower amount of spending, the ESA subsidy would work to entice families to switch from public to private schools—rather than merely subsidize those already attending private schools—thereby generating the taxpayer savings.

Again because the ESAs would be funded at the relatively lower amount, compared to the cost of educating a child in a public school, the report estimates that even a small share of families participating in the program would reduce taxpayer expense by between $159 million and $301 million. However, Professor Baker notes that these purported benefits would amount to estimated short-run net fiscal benefits of between 0.21% and 0.39% of the state’s annual public school spending.

The report also fails to note a large body of recent, rigorous research demonstrating that similar private school choice, or “voucher,” programs have had significant negative effects on student outcomes.

In addition, the report overstates short-term reductions that local districts can achieve, neglects increased transition costs in the public schools, and sidesteps potential long-term harm to adequate funding for those public schools.

Thus, Professor Baker concludes, while the report provides a reasonable framework and set of assumptions for establishing ESAs, it provides little or no useful guidance on the broader question of whether an ESA policy is warranted at all.

Find the review, by Bruce D. Baker, at:
https://nepc.colorado.edu/thinktank/esas

NEPC Reviews (http://thinktankreview.org) provide the public, policymakers, and the press with timely, academically sound reviews of selected publications. NEPC Reviews are made possible in part by support provided by the Great Lakes Center for Education Research and Practice: http://www.greatlakescenter.org