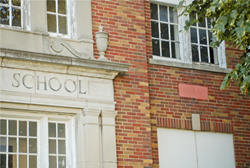 University of California, Berkeley professor Bruce Fuller reviewed Are Charter Schools Safer Than District-Run Schools? Evidence from Pennsylvania and Effects of Charter School Competition on District School Budgeting Decisions: Experimental Evidence from Texas. The first report is published by the Reason Foundation, and the second is distributed by the Annenberg Institute at Brown University as part of its EdWorkingPaper series. Researchers at the Reason Foundation authored both reports.

The first study describes how rates of reported low-incidence student infractions are lower in charters, on average. Analyses that include some statistical controls continue to yield results favorable to charters. The author concludes, “The public charter school sector advantages suggest that increasing access to public charter schools in Pennsylvania could improve school climate outcomes for students.”

But the report concedes that the controls included in the regression models are limited and that the results are correlational, not causal. As Professor Fuller notes, it remains unclear whether these differences stem from selection of certain kinds of families into charters or from distinct organizational practices. The lower incidence rate in charter schools pertains to campuses in Philadelphia County, serving large shares of disadvantaged elementary and high school students, but not in other parts of the state.

The second report aims to show that competition from the opening of an imagined nearby charter school can increase principals’ preference for budget autonomy and change how they allocate campus budgets to differing positions and instructional resources. The authors assert that their study offers “experimental evidence” that “anticipated charter school competition has large negative effects on school leaders’ reported spending on certain categories of support staff.”

Yet Professor Fuller explains that few statistically significant effects, including any impact of the hypothetical “treatment,” could be discerned from the study for either of the two outcomes. In addition, generalizability of any findings from this paper is low, because only eight percent of Texas principals chose to participate in the statewide survey.

Overall, Professor Fuller concludes, the two reports pose provocative questions about the possible advantages of charter schools, worth testing empirically, while falling short in building evidence to back their claims.

Find the review, by Bruce Fuller, at:
https://nepc.colorado.edu/thinktank/charters

Find Are Charter Schools Safer Than District-Run Schools? Evidence from Pennsylvania, written by Corey A. DeAngelis and published by the Reason Foundation, at:
https://reason.org/wp-content/uploads/are-charter-schools-safer-evidence-from-pennsylvania.pdf

Find Effects of Charter School Competition on District School Budgeting Decisions: Experimental Evidence from Texas, written by Corey A. DeAngelis and Christian Barnard and distributed by the Annenberg Institute at Brown University EdWorkingPaper Series, at:
https://edworkingpapers.com/sites/default/files/ai20-198.pdf

NEPC Reviews (http://thinktankreview.org) provide the public, policymakers, and the press with timely, academically sound reviews of selected publications. NEPC Reviews are made possible in part by support provided by the Great Lakes Center for Education Research and Practice: http://www.greatlakescenter.org