A new survey by The Senior Citizens League (TSCL) found that 1098 participants found a very large drop from 2019 to 2020 in their health care spending. 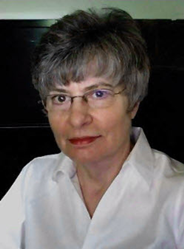 Although older Americans have been the most at risk of dying from COVID-19, the pandemic has resulted in a rare drop in healthcare spending for this group in 2020, according to a new survey by The Senior Citizens League (TSCL).  The nationwide survey of more than 1098 participants found a very large drop from 2019 to 2020 in the percentage of individuals reporting the highest level of healthcare spending, and a significant increase in the numbers of those with the lower levels of spending.  “This was most likely due to the large number of doctor, medical, dental other visits that were postponed or cancelled as our nation awaited vaccines,” says Mary Johnson, a Medicare policy analyst for The Senior Citizens League (TSCL).

Johnson, who is 69 and receives Medicare herself, cites her own experience.  In 2019, her total healthcare costs, including premiums for Medicare Part B, a Medigap supplement, prescription drug plan, and dental insurance, as well as out – of – pocket spending, totaled $9,500 for the year, about $791 per month.  In 2020, however, her total healthcare spending fell a hefty 43 percent, dropping to $5,397, or $449 per month.  “Since starting Medicare, I can think of no other time since when my healthcare spending went down by this much,” Johnson says.

“This was a temporary drop,” she notes.  "Now that I’m vaccinated, I’m already making up postponed visits and getting routine care for this year as well,” she says.  “What is not so clear is the extent to which other older adults will make up postponed care or experience increased spending for newly - diagnosed conditions or worsened health,” Johnson adds.

The Senior Citizens League’s survey asked participants how much they spent per month on healthcare costs in 2020.  Participants were instructed to include premiums for Medicare Part B, Medigap or Medicare Advantage plans, prescription drug coverage, dental or vision insurance.  The survey also asked participants to include spending on out - of - pocket costs and co - pays for doctor visits, labs, special procedures and diagnostics, prescription drugs, exams by dentists, optometrists.  In addition, participants were told to include spending for glasses, hearing aid batteries and special protective medical items for 2020, such as face masks needed for the pandemic.

The attached table illustrates the difference in responses to the same question between 2019 and 2020.

With 1.2 million supporters, The Senior Citizens League is one of the nation’s largest nonpartisan seniors’ groups.  Its mission is to promote and assist members and supporters, to educate and alert senior citizens about their rights and freedoms as U.S. Citizens, and to protect and defend the benefits senior citizens have earned and paid for.  The Senior Citizens League is a proud affiliate of The Retired Enlisted Association.  Visit http://www.SeniorsLeague.org for more information