According to a New Metaari Report, The Serious Game Industry is in a Boom Phase 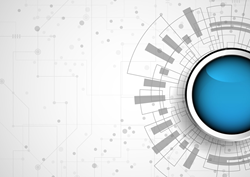 We have identified eight major catalysts driving the global Game-based Learning market. Three of the catalysts include a massive spike in private investment going to serious game developers, large-scale distribution agreements, and an intense period of merger and acquisition (M&A) activity."

The worldwide five-year compound annual growth rate (CAGR) for Game-based Learning is a robust 33.2% and revenues will more than quadruple to reach well over $24 billion by 2024.

The Serious Play Conference publishes Metaari's updated report on the market for serious games every year right after their annual event. This year the conference is being held in Orlando at the University of Central Florida from July 24 through July 26.

You can get more details on the conference here:
https://seriousplay-ucf.com/

"The new report has 488 pages, 126 forecast tables, and 19 charts," comments Adkins. "Over 2,100 serious game suppliers operating in 122 countries across the globe are identified in this report. It is the most comprehensive report of the serious game market ever published. This is the fourteenth iteration of the report and the market data get more granular every time we update it."

"We have identified eight major catalysts driving the global Game-based Learning market. Three of the catalysts include a massive spike in private investment going to serious game developers, large-scale distribution agreements, and an intense period of merger and acquisition (M&A) activity," reports Adkins. "In 2018, $2.25 billion was invested in serious game companies. This is in sharp contrast to the $948.2 million invested in this type of company in 2017. The number of large-scale distribution agreements between Game-based Learning companies and global partners spiked in 2017 and 2018. Educational games now reach billions of new users. The market for Game-based Learning is validated when large international companies acquire educational game developers. They wait until large revenues are clearly visible before they 'buy their way in'."

The US is the top buying country and a great deal of detail is provided for the US in the report including a five-year forecast for each of the eight buying segments and forecasts for each of the eleven types of serious games on the market. The report separates the PreK-12 forecasts by three subsegments: preschool, primary, and secondary. The buying behavior is quite different in each academic subsegment.

"This is the first serious game market report to forecast five-year revenues for AI-based learning games," adds Adkins. "It is a relatively new type of learning game that has just come on the market in the last three years. We are now able to calibrate revenues by analyzing the baseline data we have collected over the last three years. The global growth rate for AI-based learning games is a robust 34.6% and revenues will climb to just over $800 million by 2024. The growth rate in the US is dramatically higher at a breathtaking 56.5%."