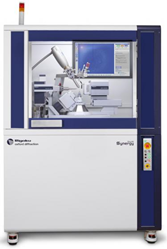 The ICCOSS XXIV program showcases the latest research from a host of international experts, with curated sessions representing the cutting edge of organic solid-state chemistry.

Rigaku Corporation is pleased to announce its participation at the 24th International Conference on the Chemistry of the Organic Solid State (ICCOSS XXIV), taking place Sunday, June 16 to Friday June 21, 2019 on the campus of New York University. Rigaku Oxford Diffraction (ROD) is an exhibitor at the event.

The ICCOSS XXIV program showcases the latest research from a host of international experts, with curated sessions representing the cutting edge of organic solid-state chemistry. Since its inception in 1968, ICCOSS has become the leading forum for discussing groundbreaking research on the chemistry and physics of organic materials.

Biological crystallography and macromolecular small-angle X-ray scattering (SAXS) technology from Rigaku is being featured at the conference. Key systems include single crystal X-ray diffractometers for the determination of the three dimensional structure of large biological molecules.