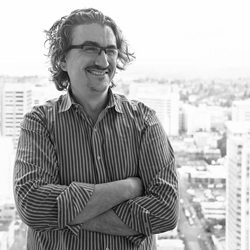 I became a believer in thoughtful defensive security measures combined with rigorous legal backing, so joining Rubica was a natural fit. I look forward to growing the team, scaling the technology, and bringing the masses on board.

Rubica’s brand got stronger this week with the announcement that Riley Eller, hacker-turned-security-visionary, joined as Chief Technology Officer. With more than 30 years in technology, 20 years in digital security, and 15 years in technology management, Riley has a unique intersection of skills assembled from Datalight, Black Hat, Cenzic, and CoCo before rebranding and acquisition by Nokia Fixed Networks Digital Home. He is passionate about co-developing teams alongside products to grow a technology organization, holistically, to its potential.

“Riley is the unicorn CTO for a company like Rubica,” says Frances Dewing, CEO. “Not only has he grown technologies and teams from idea to success-at-scale multiple times, his security expertise and reputation in the industry is unmatched. Our visions are aligned on how to take Rubica to the next level and we are so excited to have him leading the team.”

According to Riley: “After dedicating half of my life to the fringe side of the industry, people have often asked me ‘Why are you joining the white hats?’ My passion for the penetration side made me understand why the other side is necessary. I became a believer in thoughtful defensive security measures combined with rigorous legal backing, so joining Rubica was a natural fit. I look forward to growing the team, scaling the technology, and bringing the masses on board.”

In recent decades Riley has emerged as a global champion for imagining creative approaches to security problems. In addition to holding six patents, he is one of the inventors (as well as a three-time winner) of the DEF CON Capture the Flag challenge, an internationally-recognized tool for measuring security talent.

ABOUT RUBICA
Rubica’s mission is to provide enterprise-grade cybersecurity to individuals so threats can be found before damage or loss occurs. Guided by our core principle of protecting the individual’s “digital right” to security and privacy, our on-call experts are available for consult. Our elite cyber-force comes from the Navy, Department of Defense and Scotland Yard, so we’re the best thing to have watching over you and your devices. For more information, visit Rubica.com.