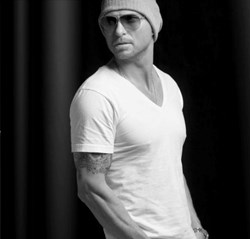 The concept of incentivized sharing is new and has caught many people by surprise. With the current availability to monetize one’s social graph or network through Rippln, it has become a viral conversation globally.

Never before has the opportunity presented itself in which an individual can monetize and fully track their social network. Rippln has clearly offered up a solution with transparency, tracking, monetization, and a platform for explosive growth.

Rippln App Craze allows Rippln Players to share free apps and get rewarded when fans download the free apps. Rewards for free downloads will differ per app, per country, and per mobile platform.

Luke Goss understands that technology is always evolving, and you need to stay up to date and tapped in. With Luke Goss becoming the first official celebrity in Rippln, the stakes of the game have been set for all other celebrities that follow. Many celebrities have joined the largest social media networks at first conception, and have catapulted their growth almost overnight, but never were compensated from the beginning for their social network explosive growth influence.

Luke Goss movies will be available as rentals or purchase within Rippln when this feature becomes available. Goss says "all this advanced technology simplified makes Rippln fun."

Goss is excited about the Rippln Communicator, Rippln Open ID, and many other Rippln roll-out features. He says, "I think every guy wants to feel like James Bond, so the Smart Watch could be a fun thing to get through Rippln."

Brian Underwood, CEO of Rippln says, "Today, we have the ability to connect more quickly & more easily to people from around the world. Technology has given us the ability to engage & drive behavior; however, the root of all business lies in the power of people --the power of you."

About Luke Goss:
Luke Goss is an English actor. He as has appeared in numerous films including Blade II (2002) as Jared Nomak, Hellboy II The Golden Army (2008) as Prince Nuada, Death Race 2 as Carl Lucas /Frankenstein , Death Race 3 Inferno as Carl Lucas/Frankenstein ,One Night With The King (2006) as King Xerxes, Interview with a Hitman (2012) as Viktor.

Luke Goss: One Night With The King Role: King Xerxes