The Russell Law Firm in Baton Rouge comments on a recent article that, while fewer vehicles are on the road, drivers should still practice safe driving for their sake and the lives of other motorists. 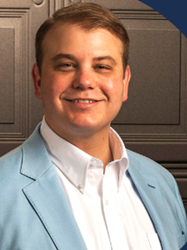 Danny Russell is the owner and chief attorney of the Russell Law Firm, LLC.

Even though the number of cars on the road may have dropped significantly in recent months, drivers need to be just as alert as if there was no change in traffic.

A May 4 article on WBRZ reported on the surprising rise in fatal traffic collisions despite a decrease in traffic in light of the coronavirus pandemic. The Louisiana Highway State Commission (LHSC) cited the rise in accidents as a result of lowered awareness among drivers, stating that the public health crisis has increased anxiety levels, and worried drivers are becoming distracted once they get behind the wheel. The Baton Rouge-based Russell Law Firm, LLC, says that even though the number of cars on the road may have dropped significantly in recent months, drivers need to be just as alert as if there was no change in traffic for both the safety of themselves as well as other motorists and pedestrians.

The Russell Law Firm says that in addition to relaxing too much when fewer vehicles are around, the possibility of getting into an accident also increases when drivers are navigating familiar routes. It adds that often, because the driver is so accustomed to taking the same streets or highway, they let their guard down and pay less attention to the road and their surroundings. The Baton Rouge firm stresses that no matter how many times an individual has driven a particular route they should give their full attention to the task at hand every time they get behind the wheel.

The Russell Law Firm says the consequences of an accident at best involve tedious amounts of documentation and paperwork with insurance companies and a likely increase in insurance rates, and at worst cause a potentially fatal mistake that could damage or even end the lives of both the driver and everyone else involved. The firm notes that the repercussions of not giving enough attention to the road are never worth pursuing a momentary distraction such as a text or a bite of a sandwich.

To limit the chances of accidents occurring, the Russell Law firm says drivers should always ensure they are fully alert, sober, and capable of driving responsibly. Additionally, allowing extra time for traffic or detours due to weather or road maintenance can help motorists drive at a safe speed and still arrive at their destination on time – without driving unsafely.

The Russell Law Firm, LLC, in Baton Rouge provides legal representation for a number of issues including personal injury, DWI/DUI defense, and family law. Readers who are interested in learning more about the firm and its offerings may call (225) 307-3337 or visit its website at http://dannyrusselllaw.com/.