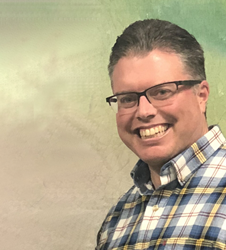 We are pleased to welcome David to our North Bay team, and we look forward to the new relationships he will help us foster in the region.

River City Bank continues to expand its commercial banking services in the North Bay region and has announced David Casassa as Senior Vice President, Market Manager for its newest region in the North Bay. In close collaboration with Market President Jim Kimball, Casassa will expand the bank’s commercial banking presence by growing Commercial & Industrial (C&I) and Commercial Real Estate (CRE) relationships in Marin, Sonoma and Napa counties. He brings more than 20 years of experience in establishing and building relationships with business banking clients, having most recently led commercial banking efforts as Senior Vice President, Regional Manager at Bank of Marin.

“The North Bay market is primed for a resurgence in the commercial sector, and our team is excited to aid local businesses with their recovery and expansion efforts,” said Steve Fleming, President and CEO of River City Bank. “We are pleased to welcome David to our North Bay team, and we look forward to the new relationships he will help us foster in the region.”

TWEET THIS: People on the Move: Former Bank of Marin SVP David Casassa joins @RiverCityBank as Senior Vice President, Market Manager for the North Bay, responsible for growing the bank’s C&I and CRE business in the region. #commercialbanking

“As a community-oriented bank with tremendous financial assets, River City Bank is the perfect partner for our local businesses in the North Bay,” said David Casassa, Senior Vice President and Market Manager for the North Bay at River City Bank. “It’s wonderful to be working once again with Jim Kimball, and I am excited to do my part in helping our region grow by leveraging the resources at our disposal.”

As SVP, Regional Manager with Bank of Marin, Casassa managed teams of relationship and portfolio managers with a focus on commercial banking clients in the North Bay. During his six-year tenure, he was recognized as a top performer as both a Regional Manager and an individual producer. Prior to his role with Bank of Marin, Casassa spent years honing his skills with Umpqua Bank, Presidio Bank and Greater Bay Bank. He has previous experience opening a North Bay office as well, for Presidio Bank in 2007. Within four years, the North Bay office was Presidio Bank’s largest in loans outstandings.

Born and raised in Marin County, Casassa earned his Bachelor of Science degree in Mathematics from Occidental University in Los Angeles, where he also competed for four years in Division III water polo and swimming. He has been involved in a number of community organizations including Legal Aid Marin and various youth sports and activities in Contra Costa and Sonoma counties. He and his wife reside in Petaluma and have two teenage children.

About River City Bank
Named one of Sacramento Business Journal’s “50 Fastest Growing Companies” for each of the past four years, River City Bank is the Sacramento region’s premier business bank with assets of nearly $3.2 billion. River City Bank offers a comprehensive suite of banking services, including loans, deposits and cash management tools to the business, consumer and commercial real estate sectors. With tailored, executive-level service and a “Superior” financial rating from the nation’s leading independent bank-rating firm, Bauer Financial, River City Bank redefines the banking experience and every touch point that surrounds it. River City Bank is the largest, independent, locally-owned bank in the Sacramento region with offices in the San Francisco Bay Area and a presence in Southern California. For additional information, please visit RiverCityBank.com or call (916) 567-2600. Member FDIC.