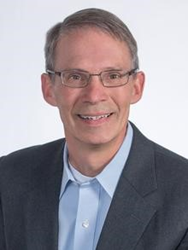 “Robert’s community-building work around Houston is going to be invaluble to fulfill our mission of bringing economic vitality back to Houston’s East End and other underserved communities in the Houston region,” Patrick Ezzell, UP CDC President, said.

Urban Partnerships Community Development Corporation (UP CDC) has hired Robert Fiederlein as Chief Financial Officer. He will assume the role on January 1, 2021. He will also serve as President of the newly established UP Community Investment Fund Inc. (UP CIF.) In these dual roles Fiederlein will be responsible for the financial health of the new East End Maker Hub and loans made through it.

Fiederlein has an extensive background in economic development in Houston, having previously served as Executive Director for the Memorial City Tax Increment Reinvestment Zone and most recently, as senior director of real estate development at Avenue Community Development Corporation. At UP CDC, Fiederlein’s initial focus will be opening the new $40 million, 300,000 SF East End Maker Hub; the new coworking makerspace is expected to be fully leased before the end of 2021. He will also work with the UP CDC board to chart an ambitious path to expand the UP CDC real estate portfolio with new projects expected to be announced soon.

As President of UP CIF, Fiederlein will work to launch two initiatives: capital investment in underseved communities through new real estate investments, and funding for small businesses and non-profits working to create jobs and build wealth in targeted low- and moderate-income neighborhoods. He will also be responsible for growing the fund and providing fiduciary oversight for new strategic partnership initiatives. UP CIF has set a goal to deploy $100 million within the next three years.

UP CDC created the UP CIF last year to oversee $34.8 million of UP CDC loans for community initiatives to infuse new capital into underserved commiunities. The first loans were made for the East End Maker Hub, and an affordable housing development in Seaside, Texas. UP CIF will invest capital in new workforce development programs as well as new commercial and industrial real estate projects in low- and moderate-income neighborhoods intended to create new jobs and build wealth. UP CIF is in the process of being certified as a Community Development Financial Institution or CDFI, which will loan and invest capital in underserved communities. Final certification is expected to be received first quarter of 2021.

“Robert’s community-building work around Houston is going to be invaluble to fulfill our mission of bringing economic vitality back to Houston’s East End and other underserved communities in the Houston region,” Patrick Ezzell, UP CDC President, said. “He has a strong track record of creating successful partnerships. He understands the issues facing small businesses. He is a champion of affordable housing. And he knows how to strategize at the macro level and implement at the street level.”

The East End Maker Hub is a community wealth building project by UP CDC and TXRX Labs. The Hub is intended to provide TXRX and other Houston innovators with a state-of-the-art makerspace and high tech manufacturing center, the opportunity to expand and scale operations and to create positive economic impact for Houston’s East End residents. Phase I of the new facility is scheduled to open January 4th, 2020.