Robert Louis White’s newly released “The Wish: A Fantasy Adventure” follows an exciting adventure on the Fourth of July and the lessons one found along the way

“The Wish: A Fantasy Adventure” from Christian Faith Publishing author Robert Louis White is a brilliant fiction about a young boy who encounters a series of adventures on Independence Day that will soon change his life and mold his character. 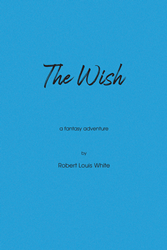 “The Wish: A Fantasy Adventure”: a fantastic tale about a young boy’s big dreams, extraordinary adventures, and memorable experiences on one unforgettable night in New York City. “The Wish: A Fantasy Adventure” is the creation of published author Robert Louis White, a writer who has dozens of articles and a couple of books. His professional career has involved personnel recruiting and management, carpentry and woodworking, precious and semi-precious mineral import and sales.

White shares, “The Wish is a fantasy adventure which takes place in New York City in the late 1970s. It is the story of a young boy, Jesse Free, aged twelve.

Jesse is a bright athletic lad. His ambitious dream is to pitch for the New York Yankees. Jesse is normal in every way except for one thing. He can’t talk. He can hear perfectly well, but he has never spoken a word in his life.

On the Fourth of July, Jesse ventures on a journey through New York City, secretly and alone. He is in search of his wish. It is an important wish promised to him in a bizarre occurrence, shades of fantasy and reality.

The Wish is the story of what happens to Jesse on that Independence Day. The people he encounters, the adventures he experiences, a mysterious Bowery bum with a secret message, a dragon in Chinatown, roller rockers dancing in Washington Square Park, a vicious street gang, a bag lady, a stickball game in Little Italy, the World Trade towers where Jesse is pursued by two low-down rogues.

The magic of the Empire State Building guides Jesse on his journey. From there he is carried on a surreal midnight ride. The experience and lesson that Jesse learns during his adventures serve to form his character for the challenges in his adult life.

Thirteen years later, the story moved to Yankee Stadium in the Bronx where Jesse is injured while pitching for the New York Yankees in the final game of the world series.

While recovering and reflecting, Jesse travels to Ireland where he learns more about his mysterious childhood journey in the Netherworld and where he changes upon romance and a curious surprise.”

Published by Christian Faith Publishing, Robert Louis White’s new book is an exciting work that takes readers, young and old, on an adventure during an annual holiday celebrated by many. As Jesse encounters new people and various situations, he begins to learn different lessons that he will embrace as he grows old.

View a synopsis of “The Wish: A Fantasy Adventure” on YouTube.

Consumers can purchase “The Wish: A Fantasy Adventure” at traditional brick & mortar bookstores, or online at Amazon.com, Apple iTunes store, or Barnes and Noble.

For additional information or inquiries about “The Wish: A Fantasy Adventure,” contact the Christian Faith Publishing media department at 866-554-0919.