“Merlin” from Christian Faith Publishing author Robin Stone is a thrilling work of fiction about a boy with a life surrounded by controversy while finding himself to be a successor of power. 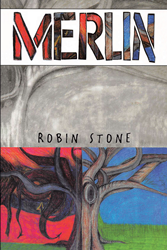 “Merlin”: a marvelous story of a young man admired by kings and destined to become a great wizard. Maintaining the balance of religion, he uses his wisdom and power to do what is good for the mankind. “Merlin” is the creation of published author Robin Stone, an exceptional writer and a working mother of two.

Stone shares, “As a child, Merlin was tormented by his mother’s secret past. As an adult, he searched for his own identity. This led him to realize that he was the heir to a greater power. He became the rope in a tug-of-war competition between the lords of power. Despite the fact that, if Merlin joined either of them, the balance of religion would be offset two to one. Mankind would become automatons worshipping the victor for lack of a better thing to do. Merlin wanted more than that.

“When the Saxons invaded Britain, he defended the Celts and became a legend.”

Published by Christian Faith Publishing, Robin Stone’s new book is an engrossing read that not only brings a riveting tale, but also encourages readers to make use of their gifts.

Consumers can purchase “Merlin” at traditional brick & mortar bookstores, or online at Amazon.com, Apple iTunes store, or Barnes and Noble.

For additional information or inquiries about “Merlin,” contact the Christian Faith Publishing media department at 866-554-0919.