Owners' Counsel of America joined with the NFIB Small Business Legal Center, National Association of Reversionary Property Owners and Citizen Advocacy Center to file an amici brief in support of the landowner in a property rights case on appeal in the Federal Circuit. 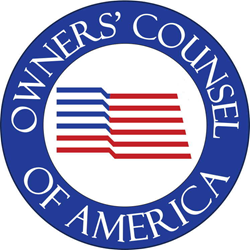 The Court of Federal Claims violated New York law by expanding the Romanoff easement to include a public park.

The National Association of Reversionary Property Owners, National Federation of Independent Business (NFIB) Small Business Legal Center, Citizen Advocacy Center and Owners’ Counsel of America (OCA) have joined together to file an amici curiae brief in a rails-to-trails takings case originating from New York City. In the brief, the amici parties urge the United States Court of Appeals for the Federal Circuit to vacate its March 10, 2016 panel decision and rehear the property owner’s appeal.

In Romanoff Equities, Inc. v. United States, No. 15-5034 (Fed. Cir. Mar. 10, 2016), the federal appellate court upheld a Court of Federal Claims decision concluding that an easement granted to New York Central Railroad in 1932 for “railroad purposes” was broad enough to encompass future recreational use of the elevated railroad. (See Romanoff Equities, Inc. v United States, No. 15-5034 Opinion at 12.) The federal appellate court further determined that the words in the original easement "for railroad purposes and for such other purposes as the Railroad Company...may...desire to make" indicate that the easement was a "general" easement which allowed the railroad company to not only use the easement for rail transportation, but also for any other use it desired. (See Opinion at 8.)

“The Court of Federal Claims determined that the Romanoff family was not entitled to compensation when the railroad abandoned use of the elevated line and transferred its easement rights to the City of New York for the Highline public park,” explained Robert H. Thomas, a Director with Damon Key Leong Kupchak Hastert in Honolulu. “By doing so, the court permitted the Romanoff family’s property, which its predecessors conveyed for railroad purposes, to be impressed into public service as a recreational space in violation of the Fifth Amendment’s just compensation clause."

In the brief, amici argue that words have meaning, especially when used in a document conveying an interest in real property. The brief makes two distinct points. First, the brief maintains that property rights are the basis of a free society and the foundation upon which all civil rights stand. The right of citizens to be secure in their property as guaranteed by the Fifth Amendment is undermined when courts do not follow established property and common law principles. (See Amici brief 2-4.)

Second, amici contend the federal court should have asked the New York Court of Appeals to determine the scope of the easement under New York law. Instead, the federal appellate court decision violates property law principles of certainty and predictability by concluding that the words in the Romanoff easement for rail use meant something other than what is written. (See Amici brief 6- 8.)

“Our brief argues that there's no such animal as a ‘general’ easement that allows the grantee to do anything it likes with the easement,” stated Thomas, the OCA Hawaii Member and author of the brief. “It is an established principle of property law that an easement is limited to a special purpose, not a general one. An easement to do anything the grantee wants for as long as it wants isn’t really an easement, it is a grant of fee simple title by another name.”

New York condemnation attorney and OCA Member, Michael Rikon said, “The Court of Federal Claims violated New York law by expanding the Romanoff easement to include a public park. In upholding that decision, the federal panel simply put forth its best guess when it should have, at minimum, certified the question to New York State’s highest court.”

“It simply cannot be held that the use of the Highline as a park was contemplated when the easement grant was made,” Rikon added.

The Owners’ Counsel of America (OCA) is a nationwide network of experienced eminent domain lawyers dedicated to protecting the rights of private property owners large and small, locally and nationally, and to advancing the cause of property rights. The condemnation attorneys affiliated with OCA are in private practice in nearly every state and represent private owners against federal, state, and local governments, utilities, transportation and redevelopment authorities and other agencies that may be armed with the power of eminent domain. For more information or to locate a property rights lawyer in your state, please visit http://www.ownerscounsel.com.