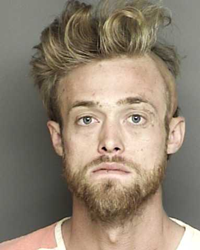 In lieu of jail time, Jacob Kirkendall will be required to spend at least a year at Alpine Special Treatment Center in San Diego.

Jacob Kirkendall was potentially facing life in prison without the possibility of parole. It was important to arrive at a fair plea deal that reflected that.

After negotiations between California mental health attorney Ken Rosenfeld and Jacob Kirkendall's prosecutors, a plea deal was reached for a man with brain damage who shot an on-duty sworn law enforcement officer in Big Sur in December 2017. Jacob Thomas Kirkendall, 27, of Santa Cruz, pleaded guilty to two counts of assault with a deadly weapon and one count of resisting arrest and received 14 years’ probation and at least one year of treatment in a secure mental health facility for shooting U.S. law enforcement officer Peter Harris with a shotgun.

Kirkendall, whose brain was damaged seven years ago in an electrocution accident, originally faced charges of attempted murder of a peace officer and assault with a deadly weapon, which carried the possibility of life in prison without the possibility of parole.

Kirkendall sustained damage to his brain seven years ago when he was electrocuted attempting to put out a fire with water, unaware of the presence of a live power line lying within the flames. Conducted through the water, the electric current that entered Kirkendall’s body burned areas of his brain, leading doctors to keep him in a medically induced coma for more than three months following the accident. Certain areas of Kirkendall’s brain were determined to be permanently damaged, including the area responsible for judgment.

“It’s impossible to say what was going through my client’s head at the time of the incident,” said Rosenfeld.

“He was having a manic episode and mental breakdown,” said Rosenfeld, who frequently handles California mental health law & criminal defense cases for the Rosenfeld firm. “It was important to arrive at a plea deal that reflected that.”

Rosenfeld said that treatment, rather than typical punishments handed down for criminal offenders, is more appropriate for mentally ill clients. Kirkendall will spend at least one year at Alpine Special Treatment Center in San Diego. Ultimately, his release from the secure mental health facility will depend on approval from both Alpine’s medical staff and Monterey County Superior Court Judge Pamela Butler. If released, Kirkendall will continue treatment in an outpatient mental health program. He will be on formal probation for up to 14 years and eight months and will be permanently barred from driving and from owning a firearm.

Rosenfeld, who said he's never before had a client receive a 14-year probation sentence, called the outcome “highly appropriate” and a relief to Kirkendall’s family.

“They reached out to say how grateful they are to me and my team and just how thrilled and relieved they are with how things turned out,” says Rosenfeld. “It’s very gratifying.”