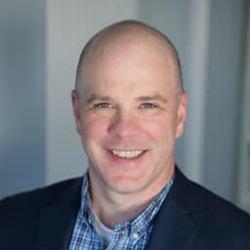 “As 80% of security decisions are made by software developers in the DevOps process and 75% of kill chains involve a step using a memory corruption vulnerability, RunSafe allows a massive reduction in attack surface with ease of deployment.

RunSafe Security, the pioneer of a patented process to immunize software without developer friction from cyber attacks, today announced the closing of a $6.3 million series A funding round led by Alsop Louie Partners, an early-stage, risk-oriented technology venture capital firm in San Francisco. New investors, Working Lab Capital, Inner Loop Capital and Renegade Ventures, also participated in the round. The investment brings RunSafe’s total funding to $8.7 million and will help the company aggressively expand its sales and marketing efforts, as well as broaden and accelerate product development.

Inoculate All Types of Software in Any Environment

“As 80% of security decisions in DevOps software teams are made by software developers and 75% of kill chains involve a step using a memory corruption vulnerability, RunSafe allows a massive reduction in attack surface with ease of deployment. This boost in cyber immunity fundamentally disrupts hacker economics and allows a reallocation of scarce cybersecurity resources overwhelmed with patching and related basic cyber hygiene efforts,” said Joe Saunders, RunSafe Security’s founder and CEO. “We founded RunSafe Security to disrupt hacker economics at the root cause in order to render cyber threats inert – and we are delighted with the widespread adoption of Alkemist across DevSecOps toolchains. My team and I are extremely gratified by the continued financial support of our initial investors in RunSafe Security and are thankful to our new investors for their support of our vision.”

RunSafe Security was a graduate of Virginia Center for Innovative Technology’s Mach37 Cyber Accelerator Fall ’17 cohort. Its initial customer base includes organizations across enterprise, suppliers and manufacturers, and national security industries. Additionally, RunSafe Security has consistently garnered third-party awards and recognition for its technology, including:

The Department of Homeland Security released its first update in eight years to the Common Weakness Enumeration (CWE) list of the 25 most dangerous software errors. The 2019 list identified a new top weakness: “Improper Restriction of Operations within the Bounds of a Memory Buffer.” This top weakness and many other memory based vulnerabilities is exactly the weakness in software code RunSafe Security addresses.