“Boundaries” from Christian Faith Publishing author Rusty Schneider shares a wondrous account of a young boy who gradually learns from his mistakes and experiences as he finds the right direction towards handling the numerous problems, temptations, and challenges in life. 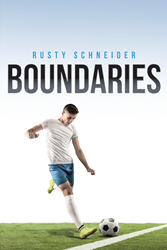 “Boundaries”: a powerful narrative of Rusty as he meets a young woman bound to change his life and lead him to growth. “Boundaries” is the creation of published author Rusty Schneider, a promising writer who holds a talent in producing stories that will draw the hearts of his readers.

Schneider writes, “Rusty is a common kid in high school headed in the wrong direction when he gets a job and meets a young woman who will change his life. She invites him to her Baptist church, and he decides to go even though he is Catholic.

“He meets her family, and her dad invites him to his men’s group where Rusty learns what it means to be a man, how to date a woman, and most importantly, he learns about boundaries. The relationship between Rusty and Kelly grows, and then he decides to define the boundaries for their relationship. He feels very strongly about the boundaries he has written and not only gives them to Kelly but gives them to her parents as well.

“From there, Rusty and Kelly learn about each other and discover new connections that they enjoy building on with each other. As they begin their senior year of high school, Rusty has left his soccer friends and changed his ways and wants to have Jesus Christ lead his life. From there, he discovers a new family that loves him, and he and Kelly deal with all the pressures of high school together, but with the help of the men’s group, Rusty gets the guidance he needs to become a more complete and mature young man.”

Published by Christian Faith Publishing, Rusty Schneider’s new book is a stirring tale that will pull the hearts of readers into the coming-of-age of a young man as he faces challenges and deals with different encounters that will shape him into adulthood.

Consumers can purchase “Boundaries” at traditional brick & mortar bookstores, or online at Amazon.com, Apple iTunes store, or Barnes and Noble.
For additional information or inquiries about “Boundaries,” contact the Christian Faith Publishing media department at 866-554-0919.