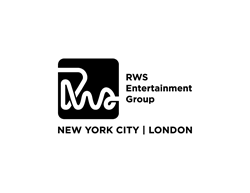 “The launch of our European headquarters in the UK’s creative capital is significant for us and is symbolic of our growing commitment to serving the EMEA market with a new level of custom experiences”, - Ryan Stana, RWS Entertainment Group’s founder and CEO

Of the announcement Bill Prince, Vice President of Entertainment at Holland America Line, said “With the expansion of RWS Entertainment Group now being globally-focused, we are extremely pleased to have our operations and talent partner offering a more holistic set of resources and services around the world.”

Future operations include expanding theatrical production into the West End as well as bringing its theatrical, commercial and film casting arm, Binder Casting, to London. Binder Casting handles global casting for THE LION KING and BEAUTY & THE BEAST at Shanghai Disney Resorts, the Radio City Rockettes, commercial casting for Audi, among other projects. In addition, plans are in place for opening and operating a studio and rehearsal space which will mirror its current 56,000 square foot location in New York City.

“The launch of our European headquarters in the UK’s creative capital is significant for us and is symbolic of our growing commitment to serving the EMEA market with a new level of custom experiences”, adds Ryan Stana, RWS Entertainment Group’s founder and CEO. “We have been operating out of our New York City headquarters for 17 years. During that time we have formed invaluable connections with some of North America’s top creatives, performers, brands and taste-makers. As we open our second office in London, our goal is to continue to build current brand partnerships and create new relationships with Europe’s top industry stakeholders, as well as drive further growth throughout the EMEA market.”

With its new headquarters in London, RWS will now be able to work alongside its existing European partners and clients with greater ease and precision, improving logistics and coordination, and reducing costs and transport requirements. Carl Hackett, who recently joined RWS as Director, Business Development EMEA, from Merlin Entertainments, where he creatively managed 75 properties around the globe, adds: “The new team in London will bring to the table a strong knowledge of the European market, and much-needed local insight to drive further growth throughout EMEA. We are excited for this new chapter in RWS’ story, and to continue revolutionizing the entertainment sector both in the UK and on a global scale.”

A unique turn-key approach to branded experiences
RWS currently entertains nearly 300 million people a year around the globe and produces over 400 experiences yearly. This includes everything from original shows, branded entertainment, immersive experiences to full-service installations. The company currently employs 110 full-time creative and operational staff in its New York City location while also employing over 4,500 performers and technicians around the world.

RWS Entertainment Group offers the only truly turn-key solution to live consumer experiences. RWS’ commitment to each step of the production process sets it apart from its competition. From conceptualization, design, and casting all the way to logistics management, execution and operation, the company’s approach creates a seamless, “one-stop shop” experience for RWS clients, allowing them to collaborate with an award-winning team of creatives to produce extraordinary experiences, all under one roof.

About RWS Entertainment Group
Founded in 2003, the multi award-winning live entertainment production company has produced custom brand experiences across all platforms within the hospitality, leisure and attractions, municipality, theatrical, and corporate sectors.

Operating out of a 56,000 square foot office, rehearsal studio complex, and performer housing in New York City, and soon from its new European HQ in London, Emmy Award-winning RWS Entertainment Group is the largest provider of branded experiences and stage shows.

About Ryan Stana
Ryan Stana is the founder and CEO of RWS Entertainment Group. Named one of the top fifty entrepreneurs in New York City, Ryan’s expertise is highly valued by the entertainment industry. Under his leadership, RWS has garnered a 2009 EMMY® Award, numerous IAAPA Brass Ring Awards and nominations, and multiple Magellan Awards for their work with Holland America Line and Azamara. Ryan is also regularly cited as an industry expert in publications like the Wall Street Journal and Variety.