RYSE Inc, is the IoT company behind the RYSE SmartShade, a device that automates already installed window shades 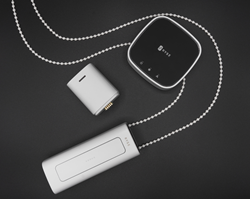 “Our vision is to own the smart shades space. We want RYSE to be synonymous with smart shades — just like what Nest is to the thermostat, Ring is to the doorbell, or Dyson is to the vacuum.

RYSE Inc., the Internet-of-Things (IoT) company behind the SmartShade, announced today that it will be offering equity shares in the company to the public. With more than $4.5 million in lifetime revenue and $185K in pre-orders for its second-generation device, market demand has been clearly established. Powered by software that leverages AI, sensors, and weather data, RYSE intelligently controls window shades to optimize for energy and occupant comfort.

Motorized window shades are one of the best investments a building can have to reduce building emissions and minimize energy consumption. With increasing legislation against building emissions, such as the Green New Deal & Local Law 97 that require buildings to reduce greenhouse gas (GHG) emissions by specified targets, RYSE products are an effective solution for buildings to effectively meet both current and future regulations.

The company launched in 2015 and has since established a solid supply chain network having shipped over 30,000 devices since 2017. In addition, RYSE graduated from several accelerators including OCAD’s Imagination Catalyst, NEXT Founders, Canadian Technology Accelerator, and the Digital Media Zone (ranked globally as the #1 university-based incubator in the world by UBI Global). RYSE also has ongoing partnerships with a number of commercial properties, including the ANNEX Hotel, EurekaHub, and QuadReal.

Founder & CEO, Trung Pham, says “Our vision is to own the smart shades space. We want RYSE to be synonymous with smart shades — just like what Nest is to the thermostat, Ring is to the doorbell, or Dyson is to the vacuum.”

Ultimately, this raise puts the fate of our company in the hands of everyday investors, rather than relying on one or two decision-makers at a VC fund. The online public offering is made possible in the U.S. through Title IV of the JOBS Act, which allows companies to acquire funding from non-accredited investors through what is known as Regulation A+, or equity crowdfunding. RYSE Inc.’s online public offerings will be accessible for the U.S. and international investors at invest.helloryse.com.

Investor Derek Luke, the CEO of InterAxon stated, “When investing in startups, we consider the long-term growth potential, the strength of the founding team, and the mission of the company. RYSE ticked all the boxes and more.”

About RYSE Inc.
RYSE Inc. is a Toronto-based IoT company at the forefront of the smart window shades industry. Since 2017, it has shipped over 30K devices and totaled $4.5 million in sales. The company has been awarded over CDN$3.85 million in cleantech funding.