Discovered to be in possession of a gun, convicted felon Mr. Burnham faced six years in state prison. Sacramento Criminal Defense Attorney Ken Rosenfeld presented compelling mitigating circumstances for his client’s firearm possession and saw that the case against Burnham was dismissed. 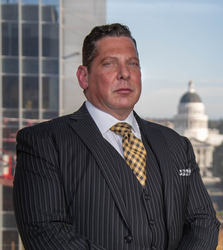 My client is overjoyed at the outcome, and I’m very pleased for him.

The Rosenfeld Law Firm announced today that Case # CR2020-4225 in Yolo County Superior Court, involving a charge against a client of being a felon in possession of a firearm, was dismissed after California Criminal Defense Attorney Ken Rosenfeld successfully demonstrated that mitigating circumstances contributed to his client’s gun possession.

Rosenfeld contended that Burnham had made a concerted effort to comply with the probation terms to dispose of his guns. The Yolo County District Attorney's Office was satisfied at Rosenfeld’s explanation that a final gun remained unbeknownst to his client, and dismissed the new criminal charge against Burnham. Rosenfeld furthermore stated that Burnham, a tribal member of the Yocha Dehe Wintun Nation, has full support of the Tribal Council, which has agreed to be active partners in ensuring Burnham's rehabilitation.

As a result of the case dismissal, Mr. Burnham avoids a six-year sentence; in lieu of jail time, he will need to serve 10 days of alternative sentencing.

“My client had made an earnest effort to comply with the terms of his probation, and I’m glad it was possible to make this clear to the District Attorney’s Office,” said Rosenfeld. “Mr. Burnham is overjoyed at the outcome, and I’m very pleased for him.”

Press release writing by WebSiteText and Proofreading Services by The Proofreaders.