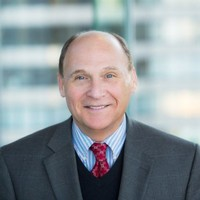 Companies don't have to execute capital-intensive 'rip and replace' security projects to get the benefits of quantum-safe solutions.

Companies facing security risks have never had more to lose, and quantum computing could dramatically alter the security field, according to John J. Prisco, founder of Safe Quantum Inc., a new consultancy that works with corporate IT security teams to design, develop and deploy quantum-safe technologies that will protect their most critical data and intellectual property.

“Quantum computing is no longer just theoretical — it’s here, and any corporation that relies on valued information is in the crosshairs for a quantum attack,” said Prisco, who has specialized in security and telecommunications networks over the span of his more than 30-year career.

Quantum computers behave differently from traditional computers, which rely on serial processing of 1s and 0s. Quantum computers use the physics of entanglement and superposition to create seemingly unbreakable cryptographic chains. This means they can produce parallel data processing at speeds that are incomparable — they can solve a computation in minutes that would take a conventional computer thousands of years.

Prisco was most recently president and CEO at Quantum Xchange, Inc., a quantum technology startup focused on the future of secure key exchange and encryption.

“The first — and biggest — threat from quantum computers is security,” Prisco said. “Quantum Keys (QKD), quantum-safe math algorithms (PQC) and quantum random numbers (QRNG) provide a menu of encryption approaches that create a defense-in-depth strategy for securing critical data transmissions. This means that companies don’t have to execute capital-intensive ‘rip and replace’ security projects to get the benefits of quantum-safe solutions. We are showing them how, and we are emphasizing that they need to get started now.”

QKD is a method of secure communication over physical networks that enables two parties to create a shared but randomly generated secret “key.” This key is used to encrypt and de-crypt messages or files — any kind of data transfer. But the real secret is that QKD can detect a third-party “eavesdropping” on the connection, trying to gain information about the encryption key. Using inherent quantum mechanics and superposition, QKD ensures the key is provably random, and therefore unbreakable. To put this in context, traditional public-key cryptography uses mathematical algorithms that can be determined and, eventually, broken.

Earlier in his career, John led Triumfant, the first cybersecurity company to perfect anomaly-detection techniques to identify and remediate advanced threats in computer memory systems. He has delivered successful exits for investors at Triumfant, GeoVantage and Ridgeway Systems, among others.