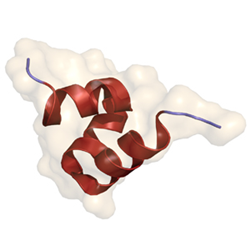 ...these early stage methods, developed as part of the Salimetrics Interdisciplinary Research Initiative, should be offered at cost, allowing researchers to advance science by using reproducible methods shared among the research community.

Today, Salimetrics' SalivaLab released a Salivary Osteocalcin Assay as a new addition to their saliva testing menu in an effort to support researchers interested in expanding their research by including a promising, novel biomarker. This new offering has been developed by Salimetrics to help facilitate a growing need for new markers that can further define complex human biology. “Due to the flexibility that saliva sampling offers in contrast to traditional biological matrices, we are continuously breaking new ground with study designs that could never be conducted using a sample matrix such as serum,” says Steve Granger, Ph.D., Salimetrics CSO. “Saliva also benefits research through increased participant compliance and easily accommodates frequent collection time points, even in home-based environments.”

The new osteocalcin assay is part of the Salimetrics Interdisciplinary Research Initiative, developed by Salimetrics in support of the NIH Interdisciplinary Research Program. This initiative assists the growing Salivary Bioscience community by providing validated, early stage methods which leverage know-how from Salimetrics. “The adoption of Salivary Bioscience into fields beyond our core knowledge is happening faster than the tools being developed to support them,” says Supriya Gaitonde, Ph.D., Salimetrics Senior Applications Scientist. “It’s always been a part of Salimetrics’ core mission to accelerate research by providing the tools and methods required to advance science in a reproducible way.”

In a recent, high impact publication in the Journal of Cell Metabolism, Dr. Berger from the Columbia University Irving Medical Center, New York performed an impressive study supporting the hypothesis that osteocalcin plays a critical role in the initiation of the psychobiology of the stress response (see Berger, et al., PMID: 31523009). Based on this research, osteocalcin appears to be involved in parasympathetic nervous system regulation during the early stages of the stress response as well as in other various biological pathways.

As a long-standing biomarker of bone-health, osteocalcin has largely been overlooked in mainstream studies on stress, health, and human behavior. However, the latest research suggests its incorporation into contemporary biobehavioral conceptual and measurement models would seem to have tremendous potential. “Large corporations tend to limit risk by heavily investing in proven, established biomarkers, but this strategy rarely provides opportunity for new biomarker discoveries and advancement to flourish in uncharted territories,” says Dr. Granger. “With the flexibility of a company more focused on discovery and impact rather than their bottom line, Salimetrics aims to facilitate the exploration of novel biomarkers that enable ground-breaking discoveries. We strongly believe that these early stage methods, developed as part of the Salimetrics Interdisciplinary Research Initiative, should be offered at cost, allowing researchers to advance science by using reproducible methods shared among the research community."

The salivary osteocalcin assay is now available exclusively through the Salimetrics SalivaLab, with a dynamic range of 7 to 10,000 pg/mL, functional sensitivity down to at least 13.72 pg/mL, and average inter and intra-assay coefficients of variation less than 10%. Representative values in saliva from 29 healthy salivary donors ranged from 12 to 174 pg/mL. A complete validation has been performed to provide researchers with confidence in reporting data for osteocalcin levels in saliva. Osteocalcin saliva collection requires only a 150 µl sample volume and has been validated with SalivaBio’s Passive Drool Method, following the same convenient and reproducible protocols that researchers have relied on for years.

“The past 20 years has witnessed a dramatic increase in the number of publications involving salivary analytes. Most of those publications are focused on advancing our understanding of how individual differences in the reactivity and regulation of stress influence human health and development,” says Dr. Granger. “At Salimetrics, we take pride in the role we have played in supporting the development of this field of research. The majority of those scientific studies are published with salivary data from Salimetrics' assays and the release of a validated, novel salivary assay for osteocalcin is a logical “next step” in an effort to continue this research momentum and advance scientific understanding to new limits. Look for more early stage test methods from Salimetrics in the coming months.”

To learn more about the new osteocalcin assay, researchers can visit the Salimetrics Website, or contact research support to integrate osteocalcin into their current or future research study.