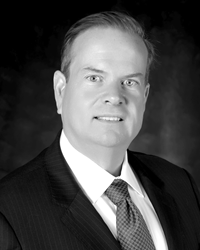 Hopefully, this verdict will force Oncor to change its utility pole inspection policy.

Texas Lawyer, a publication of ALM Media Properties, LLC, has released its annual survey of the largest verdicts in Texas. Samples Ames PLLC, a personal injury law firm in Dallas, TX, was recognized for receiving the largest jury verdict in Texas for a workplace injury case.

A Dallas County jury deliberated two days before finding that Oncor was negligent and that Oscar Rosales and Victor Quintanilla sustained significant damages. Rosales and Quintanilla received severe and permanent injuries while working on a road widening project on Loy Lake Road in Sherman, Texas on July 12, 2012.

The Plaintiffs allege that the Oncor utility pole did not have adequate safety insulation to prevent the guy wire from becoming electrified when it came in contact with the utility line. As a result of the guy wire becoming electrified during the road widening, Rosales and Quintanilla were electrocuted with 7200 volts of electricity. While both survived, they have burns, disfigurement, and permanent injuries that prevent them from restoration to their previous lives.

Although the guy wire itself is not electrified, it becomes electrified if it comes in contact with the high voltage line. The National Electrical Safety Code requires guy wires to be adequately insulated. The guy wire that severely injured Rosales and Quintanilla had only two feet of insulation and did not extend past the energized equipment.

While he was very pleased with the verdict for his clients, Plaintiff’s Attorney Steve Samples has great concern that accidents of this nature may reoccur if Oncor procedures are not changed.

“Oncor acknowledged under oath that there is no formal inspection plan to identify safety hazards on poles in neighborhoods,” said Samples. “Safety hazards are addressed when an Oncor employee randomly notices one while on duty or when someone is injured or killed. Hopefully, this verdict will force Oncor to change its utility pole inspection policy. We can’t risk another electrocution like this.”

The Plaintiffs were represented by Steve Samples of Samples Ames PLLC in Dallas, Texas, Wade A. Barrow of Barrow Law, PLLC in Fort Worth, Texas, , and Jose I. Sanchez of Jose Sanchez Law Firm, PC in Longview, Texas.

Further media inquiries can be directed to Linda Hallenbeck at Samples Ames PLLC, 469.466.2600.