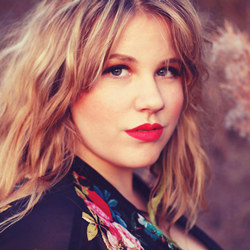 The official video for “Rebound” releases on February 14, 2020 and is directed by Eric Englert (Queer Eye, RHOA, Bridezilla). Englert also produced Englenz’s popular “Got Me With Goodbye” official video, the first single released from the album.

“Rebound” unravels the raw emotions one experiences after realizing a new relationship is nothing more than a band-aid for a previous one. Englenz’s passionate performance transports one through the intensifying stages of betrayal. The stinging lyrics and bluesy rocker are underscored by Nashville musicians Jason “Slim” Gambill and Joe Garcia’s powerful electric guitars, and Coomer’s heavy rock drums. The track also features Englenz on electric guitar and Ted Pecchio’s punchy electric bass.

Roots music journal No Depression called Englenz’s music “stream of consciousness Beat poetry imbued with good-down-home Southern sensibility.” And Stomp and Stammer said, “There is a stirring intimacy to these performances that holds you in their grasp.”

A fast-rising fixture of the East Nashville music scene, Englenz sings stories of loss and heartache with a soulful sensibility both intimately aching and defiant with hope. A classically trained pianist and acoustic guitarist, Englenz also plays French horn on several tracks on the album. With a voice both virtuosic and vulnerable, her music is fragrant with Americana notes and a modern indie vibe.

Englenz attributes her melodies as partly inspired by the natural world, which she combines with her interest in environmental activism in her popular web series “Caterwauling with Kristen” where she mimics birdcalls and teaches about avian species.

Englenz frequently performs at multiple Nashville venues including The 5 Spot, The Basement, and The Bowery Vault as well as at the famed Eddie’s Attic in her hometown of Decatur, Georgia. She has opened for the Blind Boys of Alabama and has joined them on stage. Her songs have appeared on compilation albums for Amplify My Community, a nonprofit organization using music to defeat homelessness, along with those of R.E.M., Drive By Truckers, Widespread Panic and many more.

Englenz was recently signed by Atlanta, Georgia-based indie label, Saturn 5 Records. Her tour in support of the album begins February 29, 2020 at Bowery Vault in Nashville. http://www.kristenenglenz.com for dates, times and more information.

About Saturn 5 Records
Saturn 5 Records promotes and supports emerging artists who painstakingly create their music. Our artists write their songs, sing their songs, and play their instruments. Each has a uniquely moving, beautiful, and artistic creation to share through their songs, their voices, their fearlessness, and truth. http://www.saturn5records.com