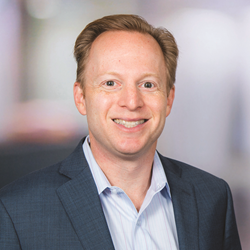 The renegotiated terms enabled our clients to stay in place and modernize their work environments at favorable costs, without disrupting workflow or productivity.

“Studio City is a successful agency with a long history of tenancy in the building, and retaining them was a priority for the building’s new ownership,” said Lustgarten. “The early restructuring created a valuable opportunity for Studio City to create a more efficient workplace and save money now, while securing TI dollars and free rent in 2019.”

The building is adjacent to the Burbank Media District and Universal City’s ample restaurants, shops and other service amenities. It is conveniently located two blocks from a Metro Rail station and in close proximity to the Burbank Airport.

Lustgarten and Wernick also advised the global CPA firm Martini Akpovi Partners in the early restructuring and expansion of its headquarters’ lease at 16830 Ventura Boulevard in Encino. The nine-year commitment increases the firm’s space to approximately 14,000 square feet, and includes monument signage at the six-story, Class A office tower.

“With four years remaining on Martini Akpovi’s lease, we were able to renegotiate transaction terms to void the existing commitment in two non-contiguous suites, as well as reconfigure and consolidate the company’s operations on a single floor," said Wernick.

In both transactions, Savills Studley executed leases that met the tenants’ financial and operational objectives. “The renegotiated terms enabled our clients to stay in place and modernize their work environments at favorable costs, without disrupting workflow or productivity,” Lustgarten noted.

The firm is part of London-headquartered Savills plc, the premier global real estate service provider with over 36,000 professionals and more than 600 offices in over 60 countries around the world. Savills plc is listed on the London Stock Exchange (SVS.L).