As a leader in representing those accused of white collar federal or state crimes or those who seek representation before governmental and self-regulatory enforcement bodies such as the Securities and Exchange Commission, a Fort Lauderdale, Florida law firm launches a new website to better serve its clients and the public. 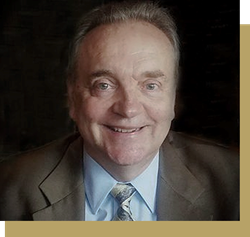 The new website does a great job illustrating my expertise in the criminal justice and civil enforcement systems with explanations of the law and is reflective of my creative strategies and procedures in protecting one’s rights.

Serafini Law Office, LLC, a Fort Lauderdale, Florida, law firm specializing in representing those who have been accused of white collar federal or state crimes or those who seek representation before governmental and self-regulatory bodies such as the Securities and Exchange Commission has launched a new website at RSerafiniLaw.com.

“The new website paints a clear picture of what I do,” said Richard A. Serafini, Esq. “By breaking down the website into the two major categories – Regulatory Law and Criminal Law – it details all the areas of law that comprise our practice.”

Dubbed “The Sherlock Holmes of White-Collar Criminal Law” by Law.com, Serafini is a former federal prosecutor who spent 10 years as a senior prosecutor at the United States Department of Justice. He was a fraud and organized crime prosecutor, serving in both the Fraud Section and as a Strike Force attorney in the Organized Crime and Racketeering Section of Justice in Washington, DC. In these positions, Serafini represented the United States in the largest and most complex cases in federal courts throughout the country.

Before joining the DOJ Serafini served as a supervisor in the New York office of the Securities and Exchange Commission, where he supervised attorneys assigned to two branches of enforcement. As the new website illustrates, Serafini now represents those who might be under scrutiny by the very offices he served or supervised.

“It helps my clients to know that my extensive background within these organizations gives them an advantage they would not otherwise have,” Serafini added. “I think the new Website does an excellent job of showing that experience and how advantageous it is for my clients that I understand the nuances of these organizations and the strategies they use in their prosecutions and investigations.”

RSerafiniLaw.com highlights areas of Criminal Law on which Serafini focuses. They range from White Collar Crime and RICO/Racketeering to Money Laundering and Securities Fraud. Each section gives a detailed explanation of the potential offenses and the likely ramifications flowing from those charges.

In addition to the various pages that focus on such topics as Drug Crimes, Computer Crimes and Business Crimes, the new website also features an FAQ, Case Studies showing examples of cases that Serafini participated in as a defense attorney, prosecutor, or representative before a regulatory board, a press kit for those members of the press who wish to interview Serafini, videos of his previous television appearances on networks like CNN and MSNBC, and a monthly blog in which the former government representative – thoroughly accomplished in all aspects of federal practice and trial work – provides a unique perspective on such topical discussions as “The Reach of Federal Conspiracy Laws,” “Ponzi Schemes,” and “Federal Sentencing Guidelines.”

The blog postings are indicative of Serafini’s vast experience practicing before the federal courts of the United States as he has handled federal court cases in Florida, New York, the District of Columbia, Georgia, North Carolina, Virginia, Oklahoma, Texas, Utah, Nevada, and California. He has also handled a select number of complex state cases and has represented clients before administrative agencies such as the SEC and before securities and industry arbitration panels.

Serafini has 40 years of experience practicing law encompassing both private practice and public representation. He has been in the private practice of law in South Florida since 2001. After spending 11 years with large firms, in 2012 Serafini began Serafini Law Office, LLC. Before moving into private practice, he served as a senior litigator in the Criminal Division of the DOJ where he specialized in fraud and organized crime prosecution.

“The new website does a great job illustrating my expertise in the criminal justice and civil enforcement systems with explanations of the law and is reflective of my creative strategies and procedures in protecting one’s rights,” said Serafini.

“I’d like to think that once a potential client reads the information on the website that person knows having me representing him or her provides an advantage against the government’s or self-regulatory body’s unlimited resources.”

To learn more about the services provided by Serafini Law Office, LLC, and Richard A. Serafini, Esq., visit the new website at http://www.RSerafiniLaw.com