Sereno is honored to be part of the Bay Area News Group's Top Workplaces for the 12th consecutive year. 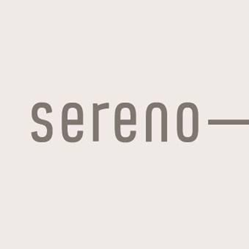 “We are a reflection of what is good and right in the communities we serve.” Ryan Iwanaga, Sereno Co-Founder and Chief Experience Officer.

Sereno is honored to be ranked #1 in the prestigious Bay Area Top Workplaces rankings for the Large Company Category. Sereno is part of an exclusive group named to the list each of the 12 years since the Bay Area News Group began recognizing Bay Area companies.

The company believes the result is a testament to its core values and company vision that prioritizes workplace culture and the continued well-being of its agents, employees and local communities. During the past 12 years, Sereno has been recognized as a Top Workplace in the small, medium, and now large company categories and has been named in the top three, regardless of category, every single year.

“For Sereno to be recognized as a top workplace each of the last 12 years is incredibly humbling, but to be named as the #1 top workplace for the large company after our first year qualifying for that category is a tremendous honor,” said Ryan Iwanaga, Sereno Co-Founder and Chief Experience Officer. “We have always placed the highest importance on company culture and have been fortunate to maintain that throughout our growth from a small company to large. The recognition says so much about each team member’s contribution to the whole.”

Sereno’s internal focus on culture extends to the larger community, as well. The company’s belief system is founded in community-mindedness and connection, which starts internally and translates to responsible real estate practice and good citizenship.

“We think this award is a reflection of our internal culture and values and also the opportunity the larger community of the Bay Area has brought to us,” Iwanaga concluded.

About Sereno
Founded in 2006, Sereno is the largest, locally owned and operated, independent real estate company in Northern California with 16 offices and 600 agents in Silicon Valley, the SF peninsula, Santa Cruz, the East Bay, Lake Tahoe, and Sierra Foothills producing over $6 Billion in annual sales volume. Sereno is ranked among the top 5 in the nation for both per agent productivity and highest average sales price. The company offers a highly curated support platform and provides agents with concierge services to strengthen client relationships, as well as world-class technology for well-executed transactions. Its agent-driven Sereno 1% For Good Charitable Foundation is changing lives in local communities, and to date, generated over $3.7 million in charitable donations given to 258 local organizations.