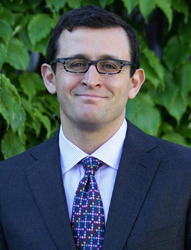 "The new rules are crystal clear. Consumers have the right to say no to robocalls and spam texts. Companies that disregard a consumer's preference do so at their own peril."

Today's FCC vote adopted Chairman Tom Wheeler's proposal, which addressed dozens of petitions seeking clarification on TCPA enforcement. According to Lemberg, who represents consumers in robocalling, spam texting, and unfair debt collection cases, among others, said, "The new rules are crystal clear. Consumers have the right to say no to robocalls and spam texts. Companies that disregard a consumer's preference do so at their own peril."

The TCPA includes a provision for consumers to sue companies that violate the law, and to recover $500 per call - and up to triple that amount for willful violations. The FCC is responsible for crafting rules in order to guide telemarketing, debt collection, and other companies that use automated dialers and prerecorded calls, as well as to guide courts that adjudicate cases alleging TCPA violations.

Lemberg noted that a key aspect of the new FCC rules relates to reassigned phone numbers. "All too often, robocallers and spam texters argue that they should not be held accountable under the TCPA because the previous owner of a phone number gave consent to be robocalled or texted," he said. "Today, the FCC unequivocally stated the second call or text to a reassigned number is a violation."

In conclusion, Lemberg said that the FCC's vote was a decisive victory for consumers. "Most TCPA loopholes were sewn shut. Telephone carriers will be able to offer consumers the means to block robocalls," he said. "Best of all, robocallers can no longer skirt the law by arguing about the definition of 'autodialer' or 'consent.'"

About Lemberg Law
The attorneys at Lemberg Law represent consumers in Fair Debt Collection Practices Act, Telephone Consumer Protection Act, and lemon law cases, among others. Sergei Lemberg can brief you about the Telephone Consumer Protection Act, remedies available to consumers who are victims of robocalls and spam texts, and other relevant issues.